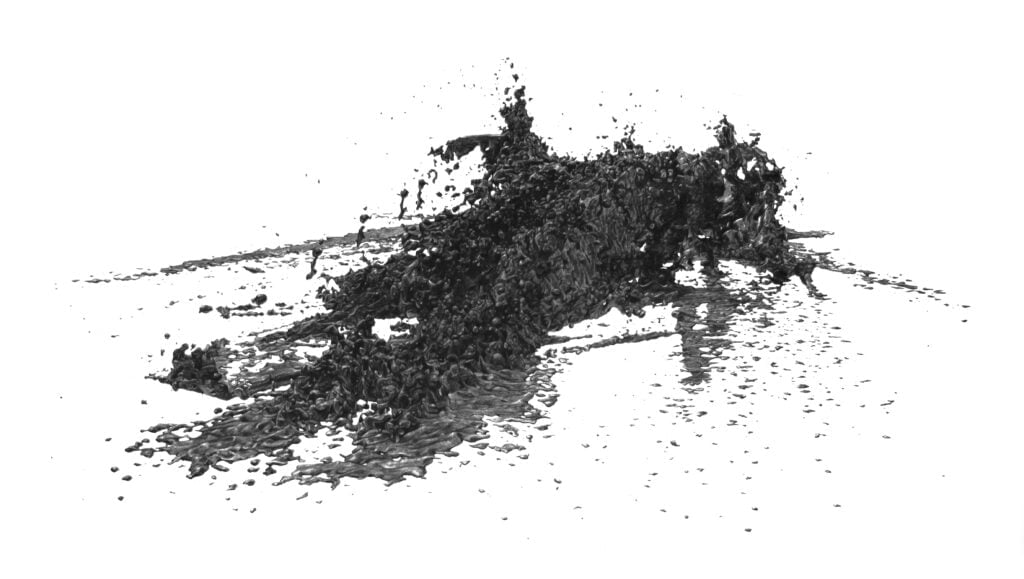 My studio practice generates artworks that are an exploration of temporal representations and the variable syntheses between artist, environment and technology. The works investigate the boundaries of sight, experience and scientific visualisation by de-centring the human in networks of artistic production.

Computation effectively provides highly complex processes, from which a series of sequential images are derived for further analysis. Through these technologies I employ precision geometry, accurate lighting systems and exact surface definitions for generating believable subject matter for drawing. The range of static imagery generated by computation is staged and then re-imagined through the hand, using traditional drawing processes. Using technology to observe an otherwise unattainable rupturing of time facilitates a faceted network of production. This approach to moving image construction offers a framework for considering the validity of artistic experimentation with motion-based subject matter as it disperses into the static. The works are a re-linking of the corporeal with the machine, in order to re-colonise the image.

Simon Finn’s practice is an exploration into static and movement-based representations through drawing, sculpture and simulation technology. He freezes single moments in time before extrapolating them into intricate charcoal drawings and synthetic sculptures.

Finn’s studies include a Master of Fine Art at the Victorian College of the Arts, First Class Honours in Fine Art from RMIT University and Electronic Design and Interactive Media at Swinburne University. He is a Lecturer in Animation and Games Design within a Bachelor of Interactive Entertainment.