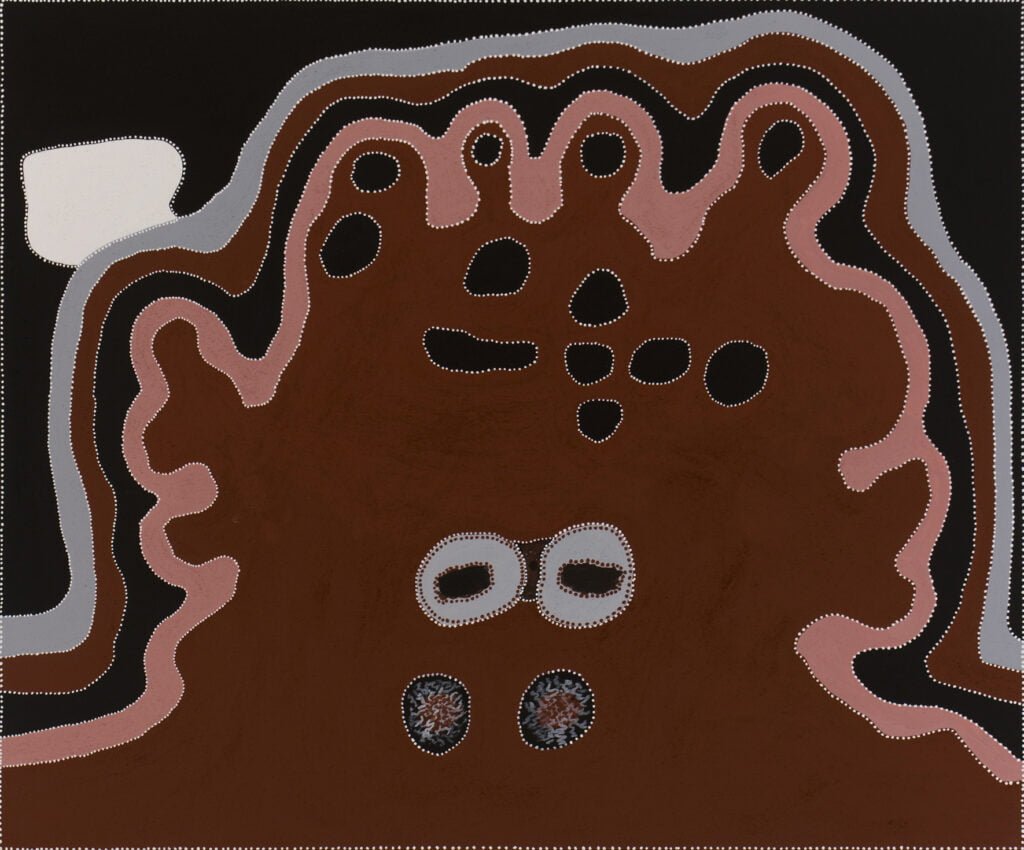 Rusty Peters’ densely composed, often monumental paintings draw on the interwoven historical and mythological narratives of the East Kimberley landscape. In addition to establishing a painting practice in his later years, Peters has been an important figure in cultural education throughout his life. He helped to establish the Warmun School in the 1970s and has since participated in cultural maintenance programs on a regular basis, such as the Gelengu Gelenguwurru New Media Project which uses new media to aid cross-generational cultural transmission. In the context of this exhibition, Peters’ canvasses provide a dark and slightly brooding presence, a further contrast to the light touch displayed in the work of West Kimberley artist Ngarra.