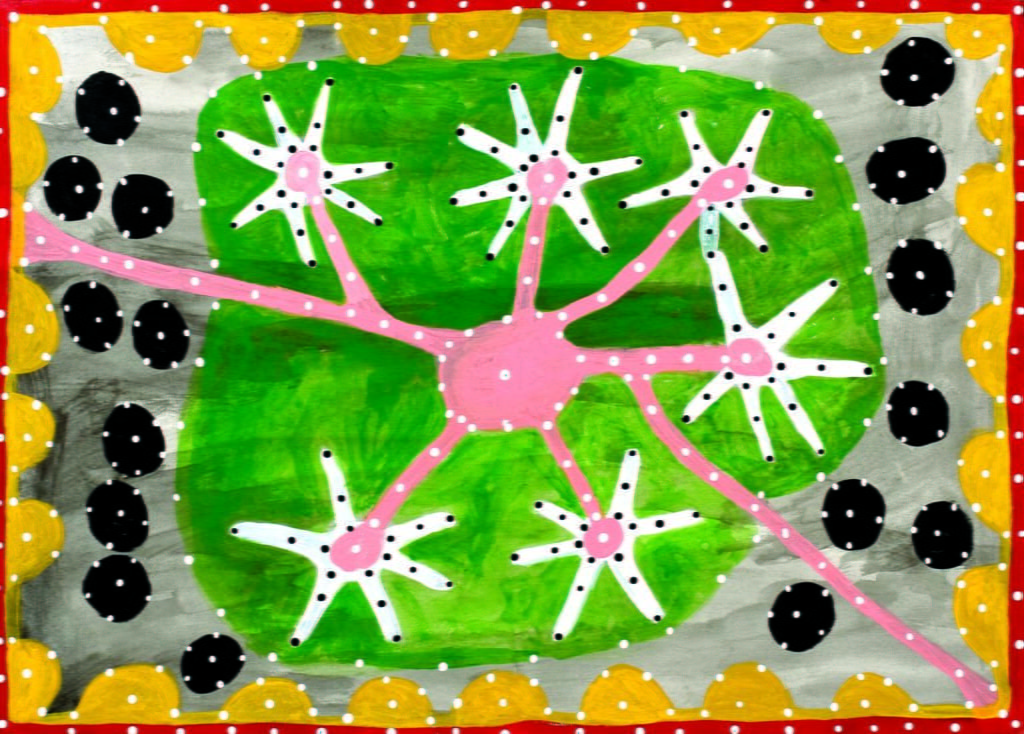 Ngarra was an important cultural figure in the Kimberley region of Western Australia, where he was responsible for the maintenance of traditional law across a vast area extending from the West to the East. He began painting in the mid-1990s after a life spent working on the region’s cattle stations, and died recently, in 2008.

Ngarra was uniquely placed in relation to the painting traditions of the East and West Kimberley. Although the planar and iconographic aspects of his work recall both, his idiosyncratic painting style was essentially his own. Along with a celebrated body of work on paper and canvas, Ngarra also produced a large series of small-scale fibre-tipped pen drawings on paper, a number of which are included here. These small drawings are unique within the broader field of Indigenous contemporary art, and although Ngarra sometimes used them as studies for larger paintings, they are delicate and nuanced works in their own right.

Choosing to depict sites of cultural significance through a modest scale, Ngarra’s work provides a distinct counterpoint to the monumental canvasses of fellow Kimberley artist Rusty Peters. While the work of both shares aspects of regional iconography, they are also markedly different in approach and execution. Interestingly, in the context of this exhibition, the loose and energetic aspect of Ngarra’s work finds an echo in works by Timothy Cook or Nyapanyapa Yunupingu, both of whom have a similarly individual take on local art traditions.