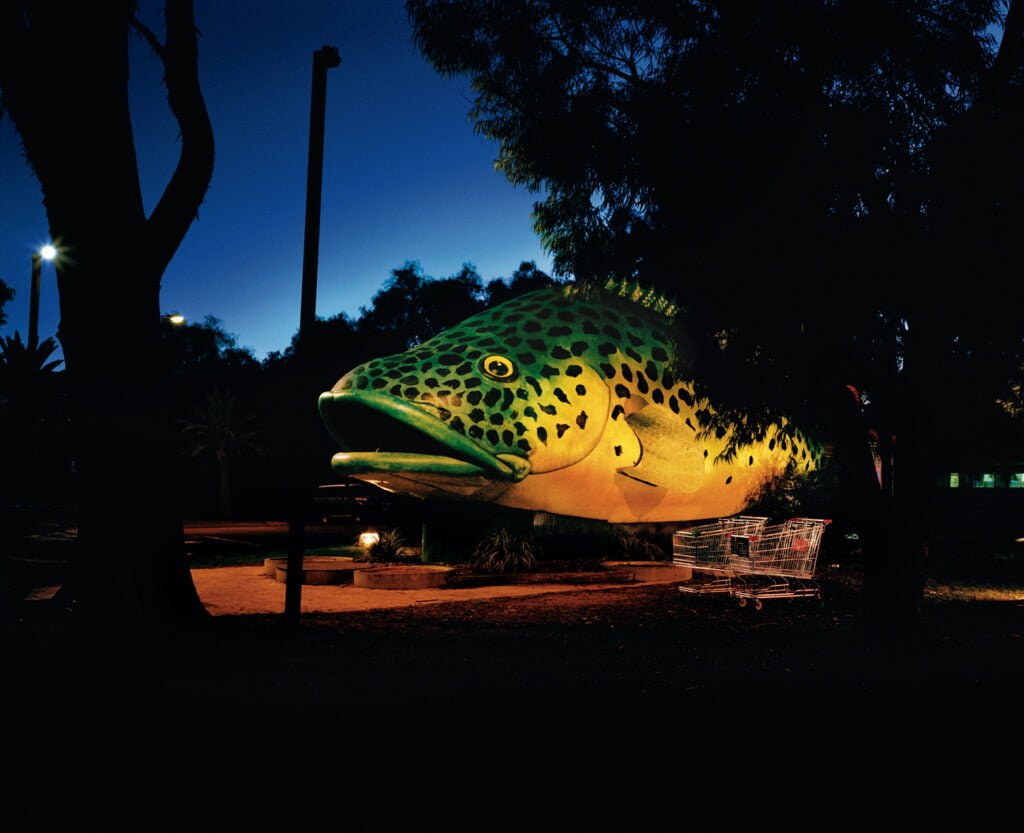 Narelle Autio, one of Australia’s leading photographers, talks to NETS Victoria about her photographic practice and her new series of work which was commissioned for the touring exhibition, Murray Cod: the biggest fish in the river.

How would you describe your general photography practice from concept to print?

Most of the photography I do is found, rarely do I set out with a plan in mind. I am usually looking for the candid moment and as most of my photography is done out in the public domain, there is really no way to preconceive a photograph. Due to this, most of my work takes a long time to evolve and in general is a very organic process in that it grows and takes shape as I work on it. Once I have the negatives processed I will make a high resolution drum scan. From this I make any exposure/colour corrections needed and then send it to my printer who will proof until we have the final image.

How did your series evolve for Murray Cod: the biggest fish in the river?

I first went down to the Murray to fi nd out what the river itself might give me in the way of photographs. Again, I didn’t have any real plan at this stage. I was waiting to ‘fi nd’ the pictures. I talked to a number of people as I travelled and took photographs as I made my way along the river. When I got back and had a look at all the photographs together I found there was a feeling of mystery and worship of the elusive fish and I decided to pursue this feeling in further shoots.

What is it about the Murray cod that inspired you?

By itself it is a magnificent fish. The mystery of its life and elusiveness to fishermen all adds to the aura surrounding it. The Murray River is such a classic example of the damage past generations have done to a life source. The Murray cod’s plight is symbolic of this and I felt a real need to tell some of this story.