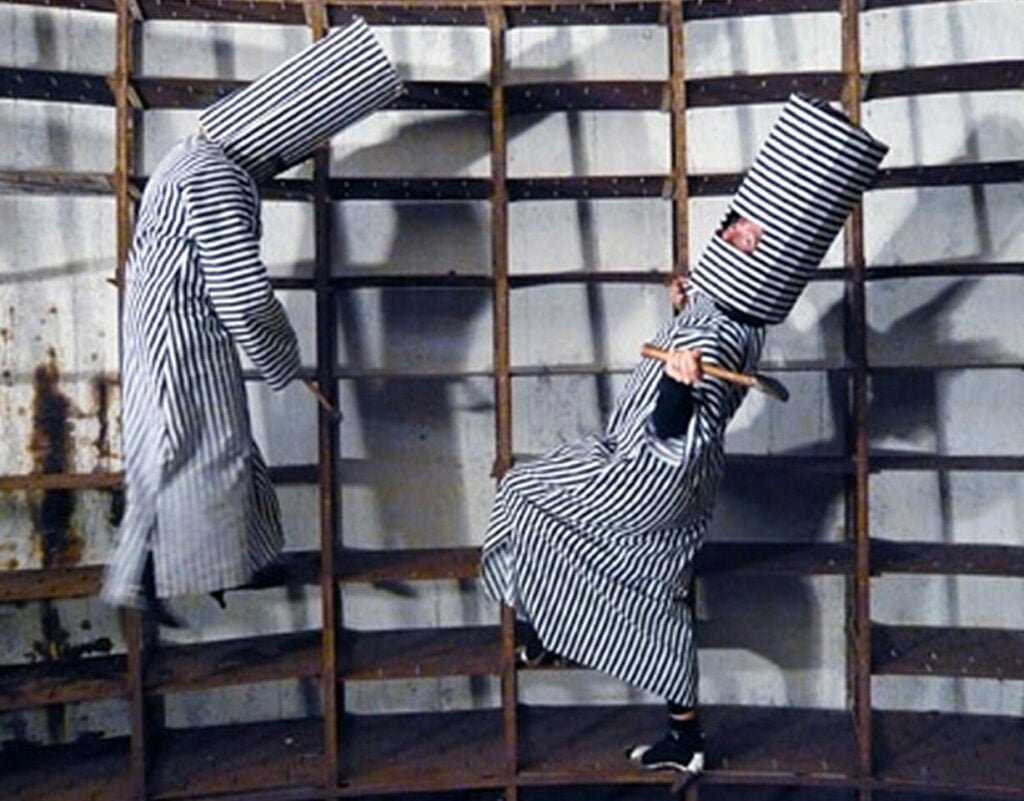 Behaviours of the marginal and the displaced are highlighted in Captain Thunderbolt’s Sisters and Red Rockers (both 2010). The videos made by Mikala Dwyer and Justene Williams on Sydney’s Cockatoo Island cite Australia’s colonial history but respond specifically to the history of women on the island, presenting us with a forgotten female history that runs parallel to better-known male histories.

Captain Thunderbolt’s Sisters engages the story of bushranger Fred Ward (known as Captain Thunderbolt) imprisoned on the island, however it brings particular attention to the rescue conducted by his Aboriginal girlfriend, Mary Ann Bugg. The two artists dressed in striped prison garb, bushranger helmets and high heels, clamber around a circular bunker on the site of the former prison and reform school for girls. They clang their hammers on a steel grid communicating with the island’s ghosts.

Alongside, and further complicating this temporal dislocation, is Red Rockers, in which the artists gyrate in red latex costumes in one of the island’s caves. (Dwyer has noted of the work ‘we were playing constructivist whores, sex machines from the future’)

Dwyer and Williams don’t just allude to Australia’s colonial myths, they displace them. They feminise them. Pasts, presents, and futures – both real and imagined – combine, confuse and contort.