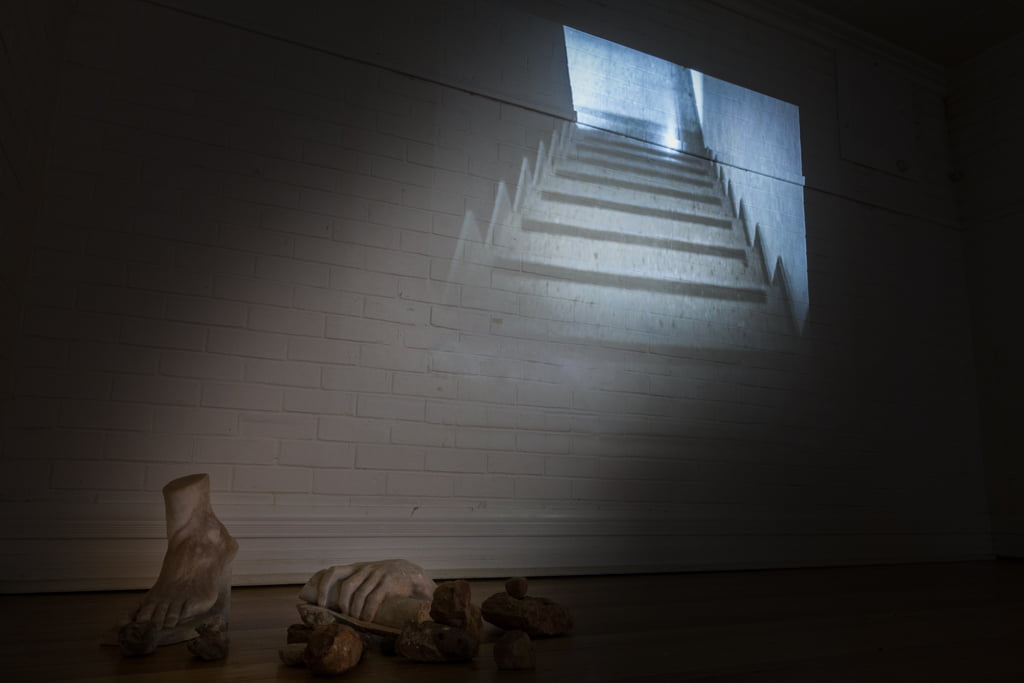 The Cinemas Project was commissioned by NETS Victoria and curated by Bridget Crone.

The Cinemas Project was a program of major, new contemporary artworks that explored the spaces of cinema in regional Victoria. These projects, by five of Australia’s leading contemporary artists, evoked both the mechanics of film as well as the history and present day reality of cinema. In many cases the works were housed within or made reference to cinema buildings that still stand, have vanished or have been re-purposed.

In the early days of film, movie theatres occupied a pivotal place in our communities often doubling as town halls, dance halls and even skate rinks. They were places of social gathering but also of imagination and fantasy. The Cinemas Project aimed to explore and to reignite these sites of living memories, spirited visions, and future possibilities.

Each of the five artists worked in relation to a single location. In this way the history of cinema in regional Victoria provides an impetus for the contemporary artworks that have been commissioned for The Cinemas Project. The resulting artworks provide us with imaginative relationships and reflections upon the place of cinema.

Brook Andrew’s De Anima was a major new artwork enabled by CATALYST: Katherine Hannay Visual Arts Commission, addressing the politics of representation, of immersion and indoctrination. A feast of the moving image, performance and sculpture, De Anima immersed the viewer in a world of seeing and being that tested truth and history to the very questioning of our soul.

Lily Hibberd: Twin Cinema – 4 Devils and a Woman in Red

Lily Hibberd’s Twin Cinema – 4 Devils and a Woman in Red was an exhibition of remnants and memories from cinemas in the Gippsland region. Hibberd worked in and around the sites of cinema in Gippsland for more than a year, interviewing people with memories of cinema-going in Morwell and Yallourn and the Regent Theatre, Yarram. The exhibition presents some of these memories alongside photographs and a short film made by the artist.

Renowned Australia artist, Mikala Dwyer presented a new film-based work Underfall (2014), produced for The Cinemas Project and exhibited at the Mildura Arts Centre. Underfall was partly shot on-location in Mildura and included a soundtrack composed by filmmaker and composer, Kevin Sheehan. The work explored the power of images to distort and disorientate through Dwyer’s ongoing interest in obsidian mirrors and spirit photography.

For The Cinemas Project, Bianca Hester presented a film and performance event entitled, sonic objects, solar objects: variously. The film was based on two interrelated performance-processes – sonic and visual; these performance-processes will be used to activate sites around Warrnambool, in particular ‘hidden’ or ‘lost’ cinema sites. Part one: sonic objects was an ongoing long-term project involving a set of fabricated steel rings that were used to activate the sonic latencies of sites, indoors and out. Part two: solar objects consisted of a collection of cast bronze objects, used as props to be held towards the sun during the winter solstice on June 21, at three intervals that mark the course of a day: dawn, noon and dusk.

Indefinite substitution was a participatory artwork that took place across four different sites around Port Phillip Bay and Geelong over four days from the 6-9 July. The artwork attempted to re-think the form of the monument, and to address the significance of William Buckley and John Batman in the early history of Melbourne. Wet clay busts of these two figures were repeatedly exchanged between two sites over four days: between Sorrento and Indented Head (by boat across Port Phillip Bay) on 6 July; between Indented Head and Eastern Beach, Geelong (by ute) on 7 July; between Eastern Beach and the Geelong Gallery (by trolley) on 8 July; within the Geelong Gallery (by foot) on 9 July.