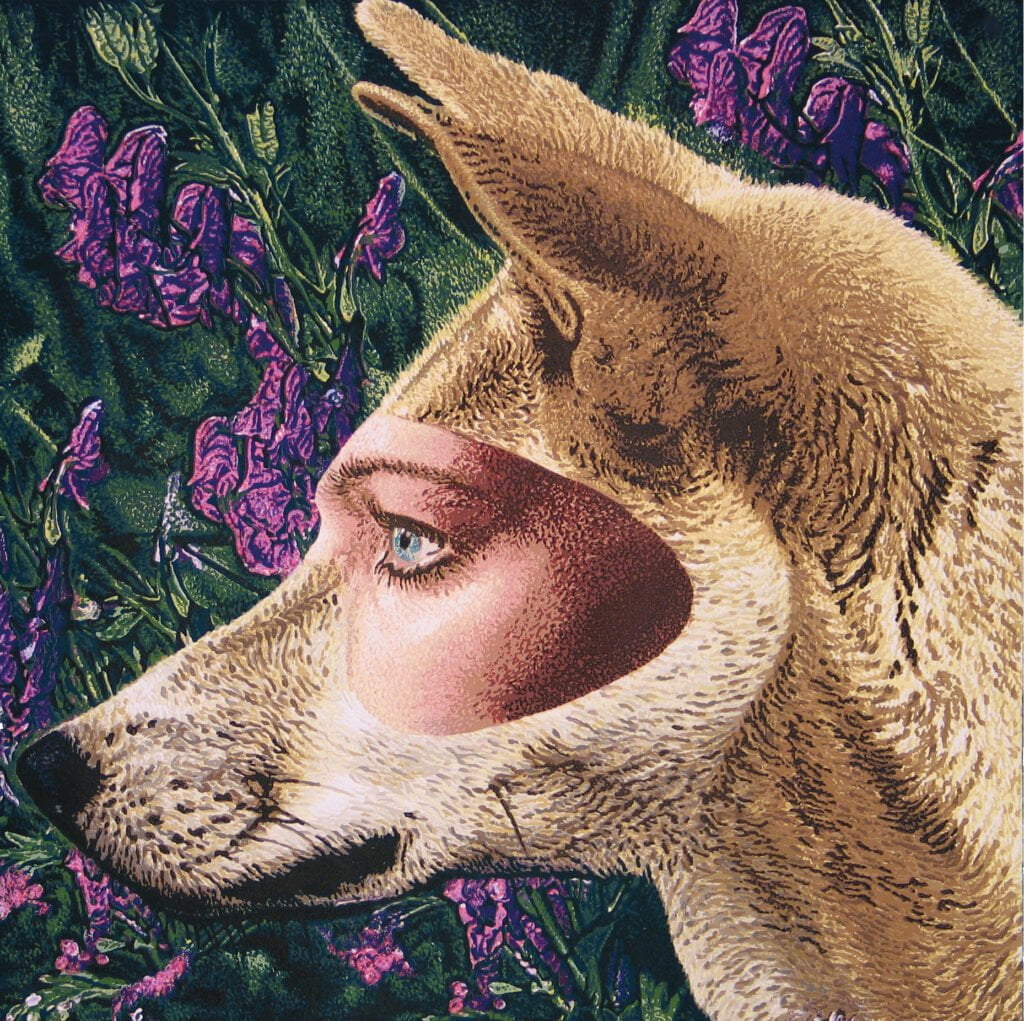 Melbourne-based printmaker, Jazmina Cininas was born in 1965. Her work has been exhibited locally and internationally and is represented in numerous public and private collections. She is currently undertaking a PhD at RMIT University.

Cininas’ reduction linocuts explore the female werewolf as social barometer. Her hirsute heroines are drawn from folklore, medieval werewolf trials, psychiatric literature, eco-feminist writings and popular culture. Recently her lycanthropes have begun taking on the blonde pelt of the dingo, acknowledging the dual cultures – Australian and Lithuanian – that make up Cininas’ identity.

Her complex colour prints are made using the reduction linocut technique whereby the plate is systematically cut away and destroyed after each layer of colour is printed.