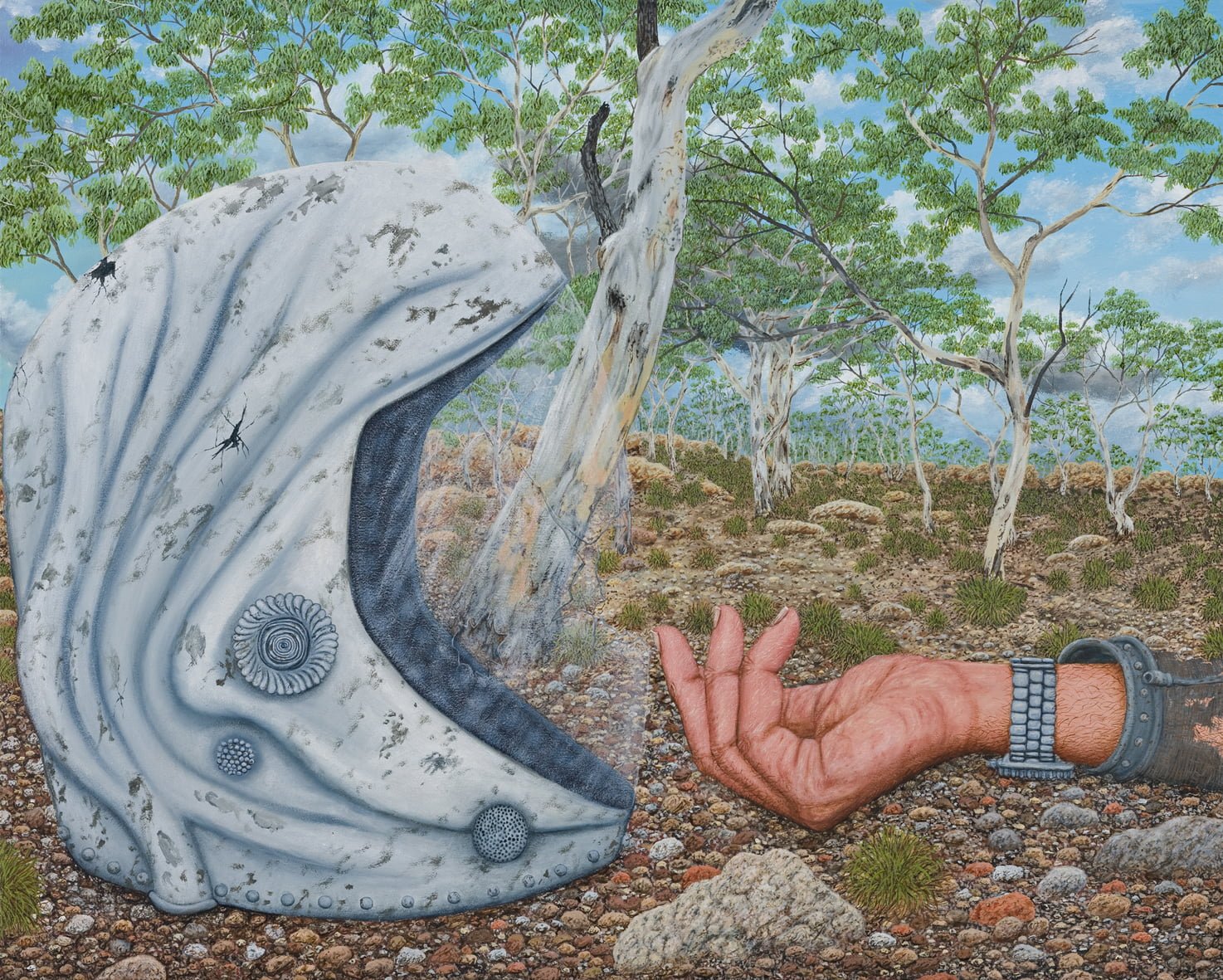 Six of Australia’s most respected contemporary artists evoke a mesmerising woodland with intersecting storylines possessing both the charm and the implied menace of a Grimm’s fairytale. The enchanted forest: new gothic storytellers revisits a time when animals and trees were thought to speak, when man was at the mercy of the forest, and the boundary between civilisation and the wilderness was less clearly defined.

Through their work, they imagine an earlier time when animals and trees were thought to speak, when mankind was in thrall to the forest, and the boundary between civilization and wilderness was less clearly defined. Their invented flora and fauna echo historical representations of the natural world while various anthropomorphic beings evoke the types of literary and pictorial illustration of forest and folk-lore that we associate, for example, with stories from the 19th-century collection assembled by the brothers Grimm.

While the imagery and objects displayed here remain distinct to each artist, we can still recognise intersecting storylines and narratives as well as shared concerns with broader social, cultural and environmental issues.

Informed by current desires to reconcile the conflicting needs of growing human populations with those of endangered species and habitats, the artists nevertheless acknowledge a much earlier and often arcane – or ‘gothic’ – understanding of the forest, its imaginary and real dwellers, as well as its own inherent dangers. In these works, the precarious relationship between humankind and the natural world brings forth new monsters, quite as dangerous and marvellous as those found in any fairytale.

The development of this exhibition was assisted through NETS Victoria’s Exhibition Development Fund (EDF), supported by the Victorian Government through Arts Victoria and the Community Support Fund.