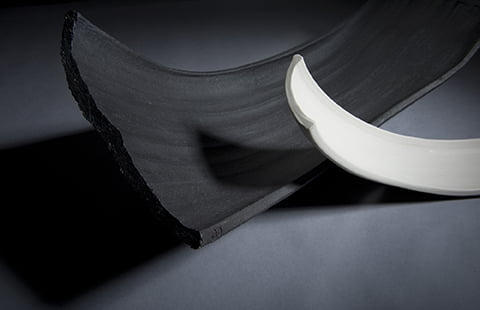 I have a strong interest in the physicality of the relationship between clay and human body. Clay, like flesh, responds to and reflects touch. A fascination with the tactile is the legacy of my Japanese training in studios both in Australia and Japan. The Tea Ceremony pre-requisite to handle the bowl and drink from it whilst assessing it is unashamedly in my work but is exaggerated by and entwined with an aesthetic pared down to the basics and an interest in form and material exploration.

Jane Sawyer lived and studied as an apprentice at Shussai-Gama, Japan, a studio pottery in the Mingei field from 1985-87. She completed a Master of Fine Art at RMIT University in 2002.