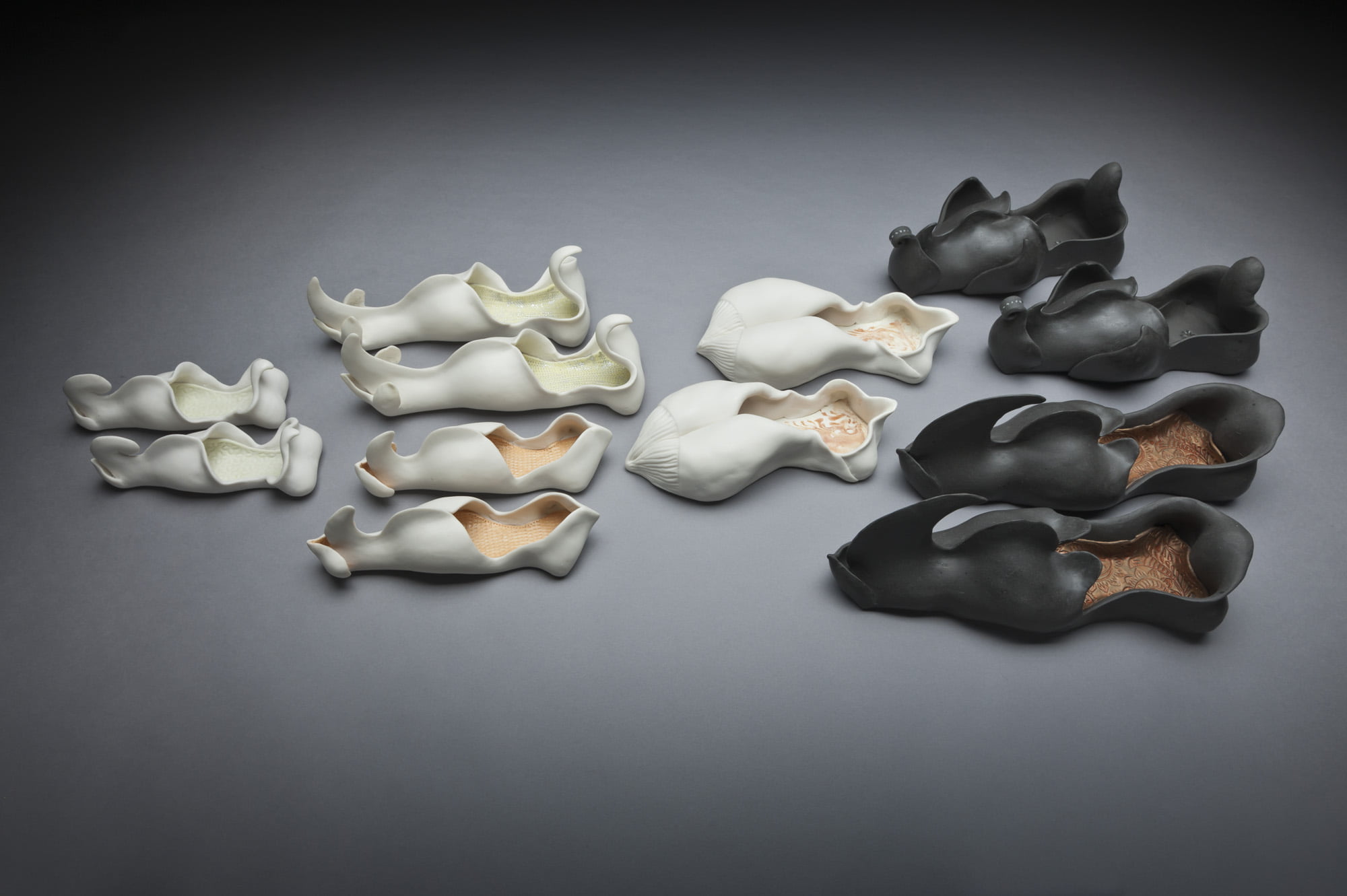 Since the 1500s Chinese and Japanese ornamentation and luxury goods – with specific reference to ceramics – have significantly influenced Western style and culture. During the Ming period, when China and the West where involved in interchange, Eastern ceramics design was modified for the Western market. When the West discovered the skills to replicate these products, the East, in turn, adapted their work to keep ahead in the competitive market place. We now see the East as an outstanding area for innovation and exploration of contemporary ceramics, well-versed in the skills and knowledge of its rich history, created with a skilled hand from tacit knowledge, free from the bounds and constraints of tradition.

Given Australia’s geographical location in the Asia-Pacific region, a sharing of skills and knowledge with the East has long been an influence upon Australian ceramicists. Additionally, the geographical proximity of the two has enabled artists to be involved in actual exchange – living and visiting between the locations. For Australian artists it creates a unique association/influence of Asian ceramics in their work that is different from American or European practitioners. For many Asian artists ceramics is a bridge to the West, built on a culture that has been influenced by British colonization, free from the burden of the cultural weight of tradition.

RMIT University has been instrumental in this exchange through its partnership with the Hong Kong Art School (a cross-cultural pollination which has been conducted for the last 10 years) and other educational institutions in the Asian region. RMIT staff and students have actively been involved in this generation of interchange by sharing their experiences and goals of learning, culture, and artistic techniques and concepts.