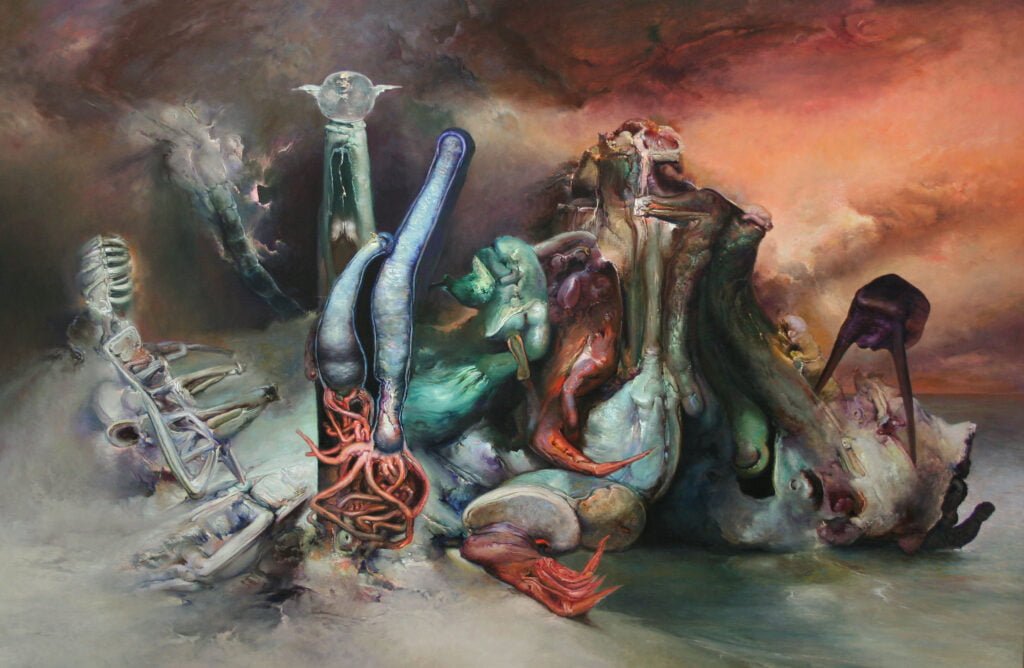 James Gleeson (1915-2008) was one of Australia’s pre-eminent twentieth century artists and leading art historians. He was Australia’s foremost Surrealist painter, and was also a prominent critic and writer on art for newspapers and art magazines, and wrote several major texts on Australian art. James Gleeson was awarded membership of the Order of Australia (AM) for services to art in 1975, and held honorary degrees from Macquarie University, Sydney (1989) and the University of New South Wales (2001). In 2004 the National Gallery of Victoria, Melbourne, staged a major retrospective of work by Gleeson, which toured to the National Gallery of Australia, Canberra. Gleeson is represented in the collections of Australian National Gallery, Canberra, all state galleries, and in many regional and private collections in Australia and overseas.