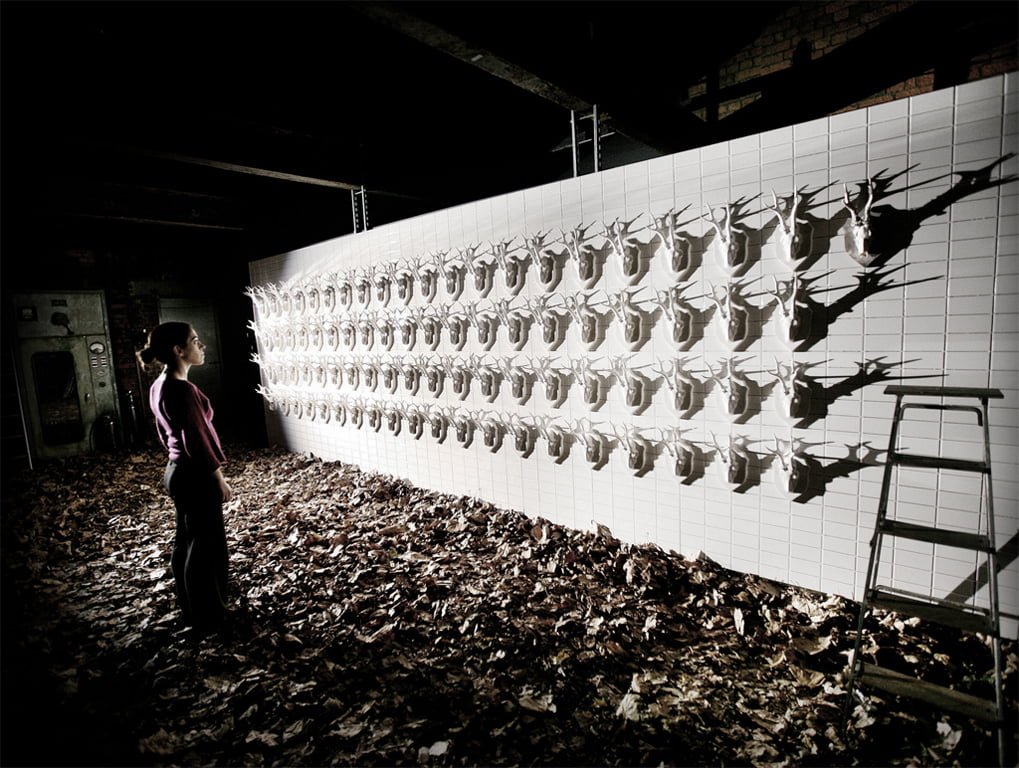 Dreamweavers plotted a strange and enchanting course through the world of dreams, nightmares and the imagination. It imagined a world with the lights turned off, where monsters come out to play and reality becomes a flickering memory.

The exhibition explored the contemporary preoccupation for the Fantastic through a range of national and international art practices, that were united by an enduring fascination with darkness and dark places. Dreamweavers was a multi-sensory experience that was more like entering another world than an art exhibition. It combined sculpture, digital media, photography and painting, in an intoxicating visual feast.

Dreamweavers featured the work of six artists. James Gleeson (1915-2008) was Australia’s pre-eminent Surrealist, and one of the country’s most acclaimed twentieth century artists. In his work massive, heaving and largely unidentifiable forms meld with apocalyptic skies and earth in twisted biomorphic shapes.

Two British artists – Sam Spenser and Eloise Calandre – demonstrate that the contemporary preoccupation with the Fantastic is not limited to Australian shores. Spenser’s work Trophy Wall is a single, large scale immersive work that simulates the exalted claustrophobia of dreams, and is to be experienced rather than explained. Calandre pitches us into an opaque darkness; her liminal photographs and videos are cloaked in a haunting stillness, where the imagination of the viewer is allowed to incubate.

Watch a video on ABC Arts about Dreamweavers here.