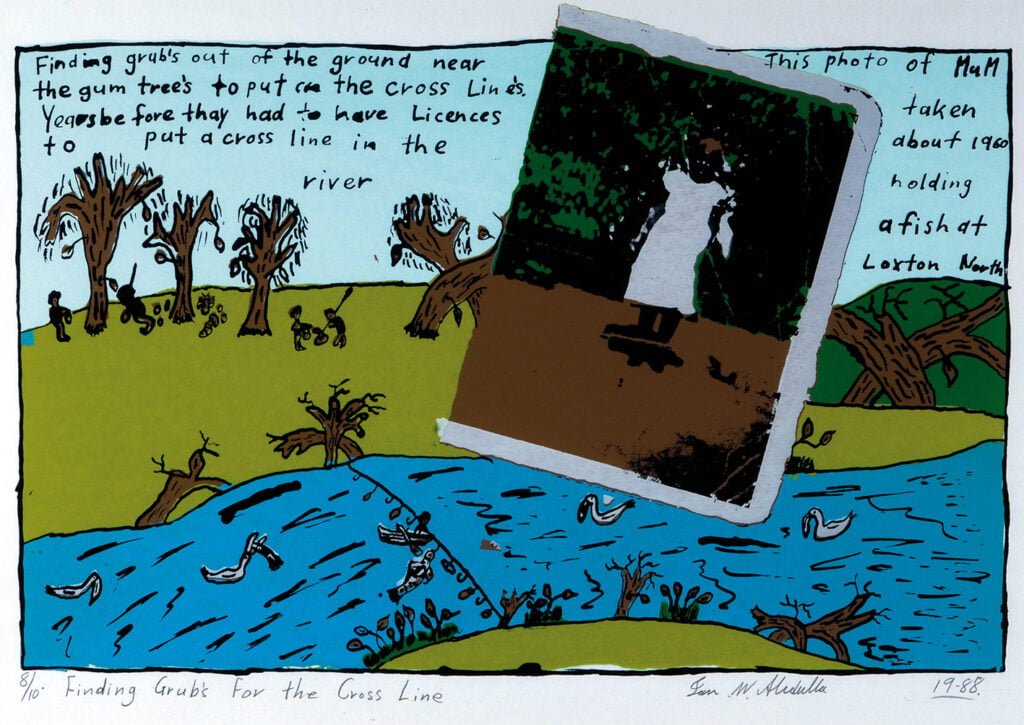 Ian Abdulla was born in 1947 at Swan Reach, on the Murray River, in the Riverland region of South Australia.  His art tells the story of his life and in particular his childhood growing up on the Riverland of South Australia. Swimming and fishing for pondi (Murray Cod) is a major theme that occurs regularly in his many works. Abdulla’s work is exhibited regularly throughout public and private many exhibitions in public and private galleries and his work is found in all public galleries throughout Australia.