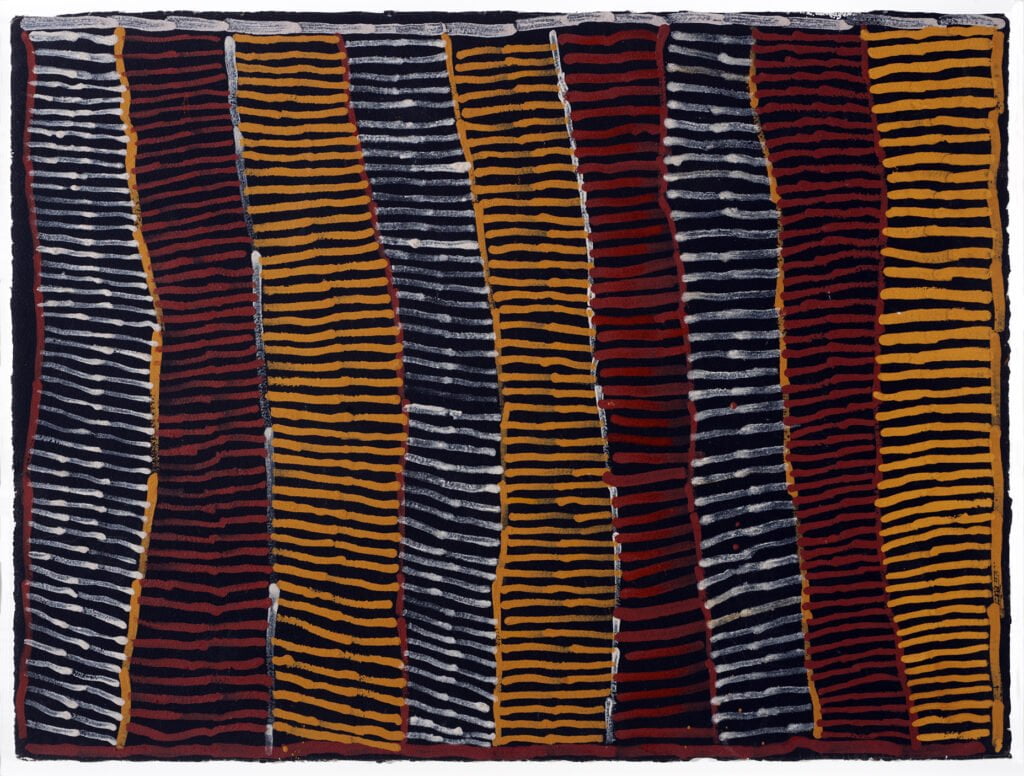 The late Freda Warlapinni commenced painting within a secular context when she was in her 70s and quickly became a leading figure among the older generation of Tiwi artists. Her work is often titled Pwoja, a Tiwi term that refers to the designs painted on the bodies of dancers for ceremonial performance.

Although Tiwi art is marked by strikingly consistent formal parameters, individual inflection remains highly regarded. Warlapinni’s often starkly applied networks of ochre lines (referred to in Tiwi as mulypinyini) provide something of a signature in her work. Retaining the looseness of execution that many younger Tiwi artists associate with an older style of painting, she managed to express a surprising repertoire within this reductive visual language.

Alongside her friend Kitty Kantilla, Warlapinni’s distinctive work helped Tiwi art become recognised within the broader field of Indigenous art in Australia. She played a strong mentorship role at Jilamara Arts & Crafts Association in Milikapiti, initially guiding a younger generation of artists, including Timothy Cook, as they began to establish their own artistic practices.