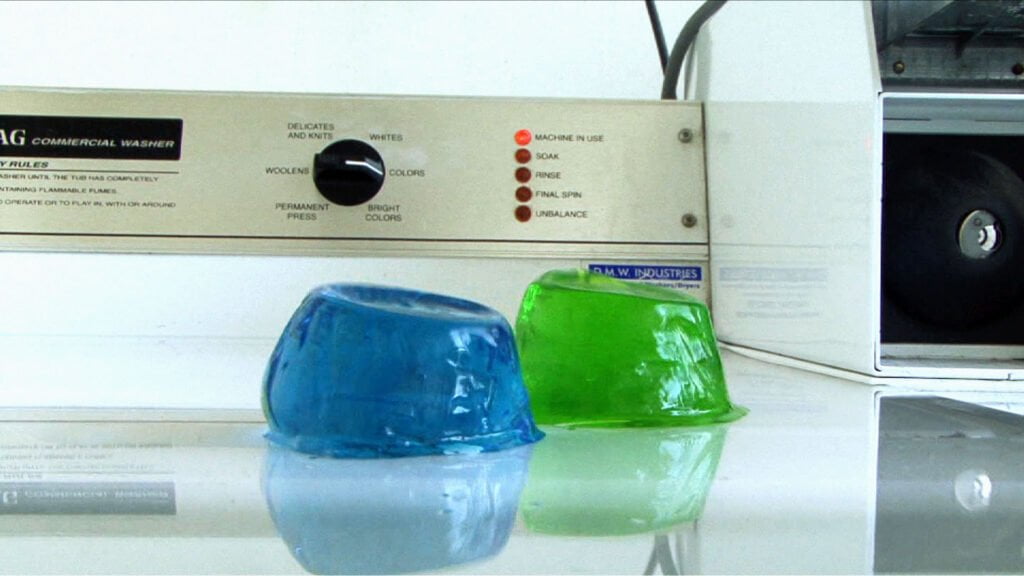 I make videos and rudimentary sculptures in order to better comprehend the strangeness of motion, gravity and momentum. My works operate at the juncture of object and action, drawing from a post-minimalist aesthetic and increasingly mixing old and new technologies. Critiques on humour, accident and the nature of impermanence inform the way that I think about my work.

The investigation of the innate qualities of materials and their relative scale is an ongoing interest. Equally important is the tendency of the viewer to project meaning and narrative onto existing sculptural forms. This tension between implied and projected meaning is key to my practice.

When working with objects, I liken the force of gravity to a punch line and enjoy exploring the changing states between balance and imbalance. By using ephemeral materials, I hope to give form to the passing of time, implying an idea of beauty as unexpected and immediate in contrast to an idea of beauty as rarefied. Boe-lin Bastian

Boe-lin Bastian works across video and installation and holds a Bachelor of Fine Arts with First Class Honours from RMIT University. She studied spatial practice in the School of Sculpture and Environmental Art at the Glasgow School of Art. Her practice revolves around her interests in gravity, humour and the nature of impermanence.

Bastian has exhibited throughout Australia as well as in Greece, Indonesia, Taiwan, Scotland and South Korea. Major projects include site-specific works at Museum of Contemporary Art, Taipei, the Palace of Art, Centre for Sporting Excellence, Glasgow and a Queensland Government commission for Kick Off Contemporary Video Art Program at Metricon Stadium. Bastian has received grants from the Australia Council, the National Association for the Visual Arts and Asialink Arts. Her solo exhibitions include Built, 2014, at Grass Mountain, Taipei, Goal, 2013 at Platform, Melbourne, A matter of when, 2012 at Firstdraft, Sydney and These things happen, 2011 at Kings Artist Run, Melbourne.

In 2014, Bastian was the artist-in-residence for the Museum of Contemporary Art, Taipei as part of the touring exhibition Vertigo, curated by Claire Anna Watson.