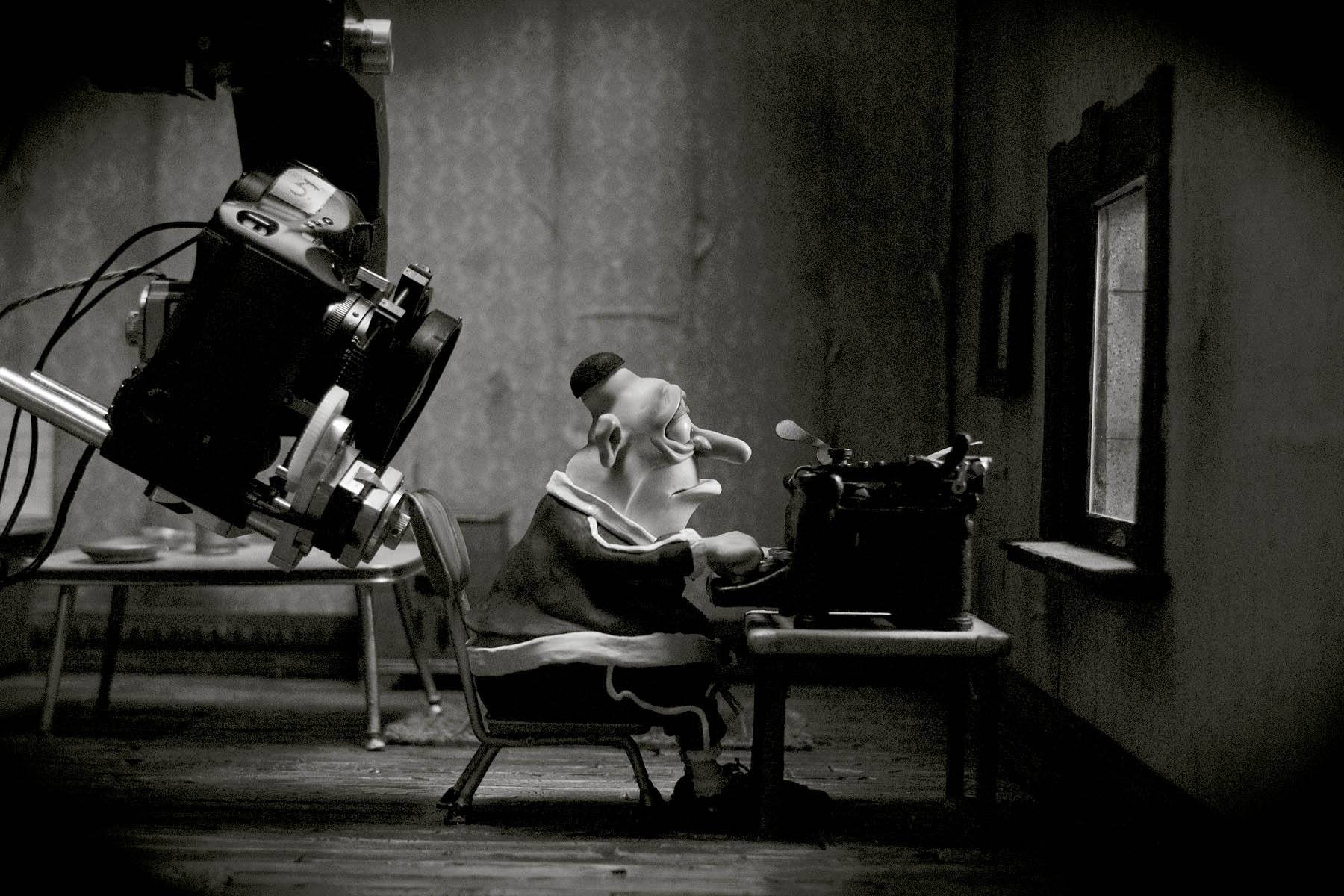 An Australian Centre for the Moving Image touring exhibition managed by NETS Victoria, co-curated by Adam Elliot and Fiona Trigg

Mary and Max: The Exhibition

Mary and Max: The Exhibition

Go behind-the-scenes of the marvellous miniature world of Adam Elliot’s Mary and Max.

The Australian Centre for the Moving Image (ACMI), in collaboration with Oscar®-winning director and writer Adam Elliot, presented Mary and Max: The Exhibition, a unique exhibition developed from the plasticine world of Mary and Max (2009), Elliot’s first animated feature film that tells the story of an unlikely pen-pal friendship between lonely eight-year-old Mary Daisy Dinkle and Max Jerry Horowitz, who has Asperger’s Syndrome and loves chocolate hot dogs.

Exploring the creative and technical processes behind this acclaimed Australian animation, the exhibition featured a selection of character models, costumes, sketches, sets, storyboards, props (meticulously crafted miniature hand-blown wine glasses, a working typewriter, light bulbs) and footage of the animators at work, alongside imagery from the finished product. From the manicured lawns of Mount Waverley to the New York city skyline, Mary and Max: The Exhibition was an exclusive behind-the-scenes opportunity to see these wonderful creations up close and discover Adam’s ingenious artistry of stop-motion animation.

A labour of love by Adam Elliot and long-time collaborator Melanie Coombs, Mary and Max premiered as the opening night film of the 2009 Sundance Film Festival and has since won several Australian and international awards. Mary and Max: The Exhibition was co-curated by Adam Elliot and Fiona Trigg, and premiered at ACMI from 2 March – 6 June 2010. The exhibition toured regional Victoria from 2010-2012.

Mary and Max: The Film

As Mary and Max chronicles Mary’s trip from adolescence to adulthood, and Max’s passage from middle to old age, it explores a bond that survives much more than the average friendship’s ups-and-downs. Mary and Max is both hilarious and poignant as it takes us on a journey through friendship, autism, taxidermy, psychiatry, alcoholism, where babies come from, obesity, kleptomania, sexual difference, trust, copulating dogs, religious differences, agoraphobia and many more of life’s surprises.

Mary and Max: The Creators

Writer, director and designer Adam Elliot
Prior to the release of his first feature Mary and Max, Adam Elliot’s short animations, Uncle, 6mins (1996) Cousin, 4mins (1998) Brother, 8 mins (1999) and Harvie Krumpet, 23mins (2003) have participated in over five hundred film festivals and won over one hundred awards. In 2004, Adam was awarded the Oscar® for Best Animated Short Film for Harvie Krumpet.

Born on the second of January 1972, Adam was raised in the Australian Outback on a prawn farm with his father (a retired acrobatic clown), his mother (a hairdresser), his two brothers, one sister and two parrots, Sunny and Cher.

A selection of Adam’s short films plus many other Australian animations are available to view in ACMI’s Mediatheque. For more information on Adam’s work, visit www.adamelliot.com.au

Producer Melanie Coombs
Melanie Coombs is the director and founder of Melodrama Pictures, an independent film and television production company based in Melbourne, Australia, which creates distinctive feature films, drama, documentary and animation. Melodrama Pictures produced Harvie Krumpet, winner of the 2003 Academy Award® for Short Film – Animation. In 2007, Melanie Coombs completed the Film Australia documentary The Fabric of a Dream – The Fletcher Jones Story, nominated for a BANFF World Television Award that year. While producing Mary and Max, Melanie also produced The Funk, a short film written and directed by Cris Jones which has screened at festivals worldwide. www.melodramapictures.com