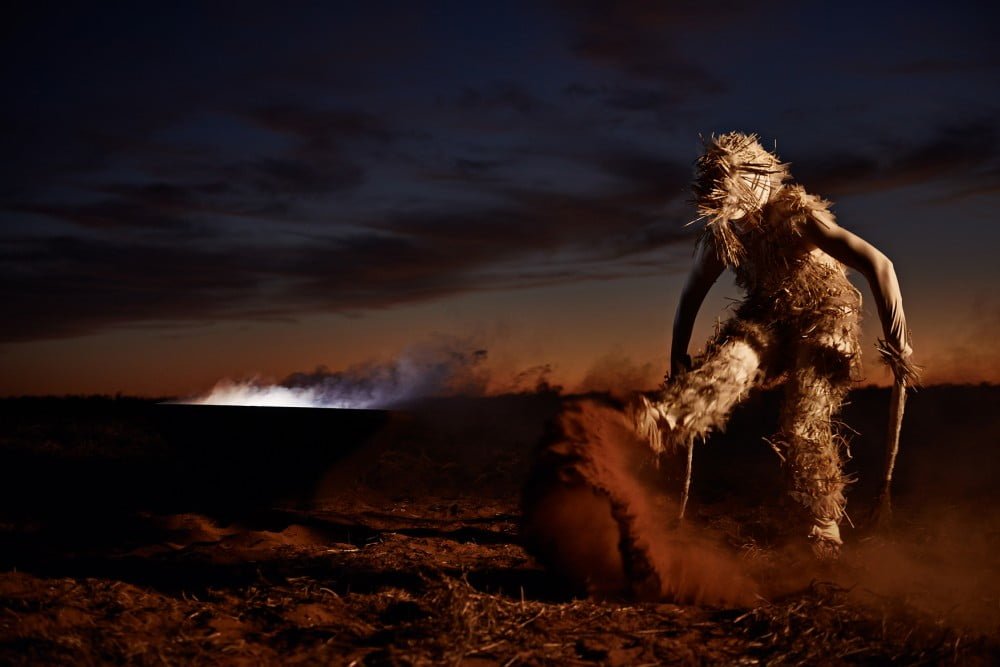 Jill Orr’s Antipodean Epic is a poetic journey that incorporates seed both in abundance and scarcity. Utilising costume to create three character creatures, as a means to ask: Are the creatures the end of their species or the beginning of another? Are they displaced or transported viral creations? Are they unwanted interlopers within the seed stock? Are they the carriers of a potential future or remnants of a distant past or both?

Humanities’ survival depends on seed, the ultimate container of life but as climate and consequently environment is changing, seed has become contested ground. Political, scientific, environmental and ethical debate surround both GM seed and its reliance on the global monopoly of a few mega agri-businesses. This is starkly contrasted by localized heritage seed closely guarded for its un-tampered quality. Both forms of seed production are charged with the task of feeding populations as they grow exponentially into the future. Here lies part of our challenge.

Performed and adapted for the Mildura Palimpsest Biennale 10# 2015, Lorne Sculpture Biennale 2016 and the Manifesto of International Performance 3 (MIP3), in Belo Horizonte, Brazil, August 2016, the video installation was shown at Arthouse North Melbourne for Inextremis 2017. Jill Orr’s performance installations have been presented across the world and Australia from the late nineteen seventies to now. Orr’s work centres on issues of the psycho- social and environmental where she draws on land and identities as they are shaped in, on and with the environment be it country or urban locales.