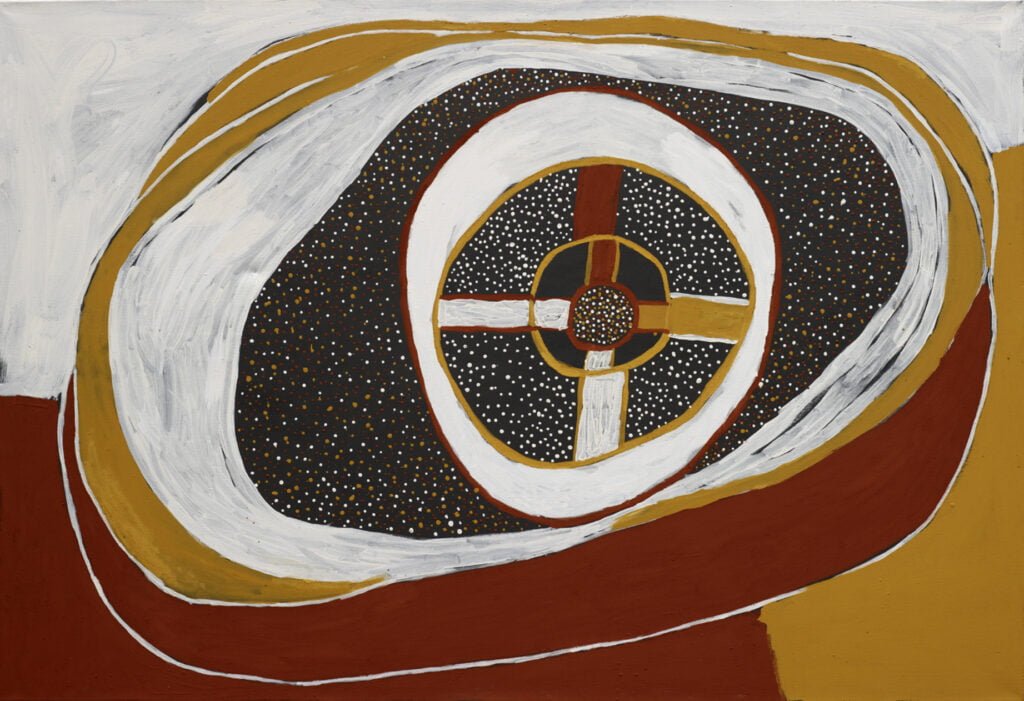 Cook is widely celebrated for drawing a classical style of Tiwi painting into dialogue with his own individual take on Tiwi visual tradition and history. In his work, iconographic representations of Tiwi ceremony, in particular the once-annual ceremony known as the Kulama, are positioned in relation to the Catholic cruciform—emblematic of the influence of the missions that held sway on the islands for much of the twentieth century. His paintings on canvas and paper present evidence of a specific intercultural heritage.