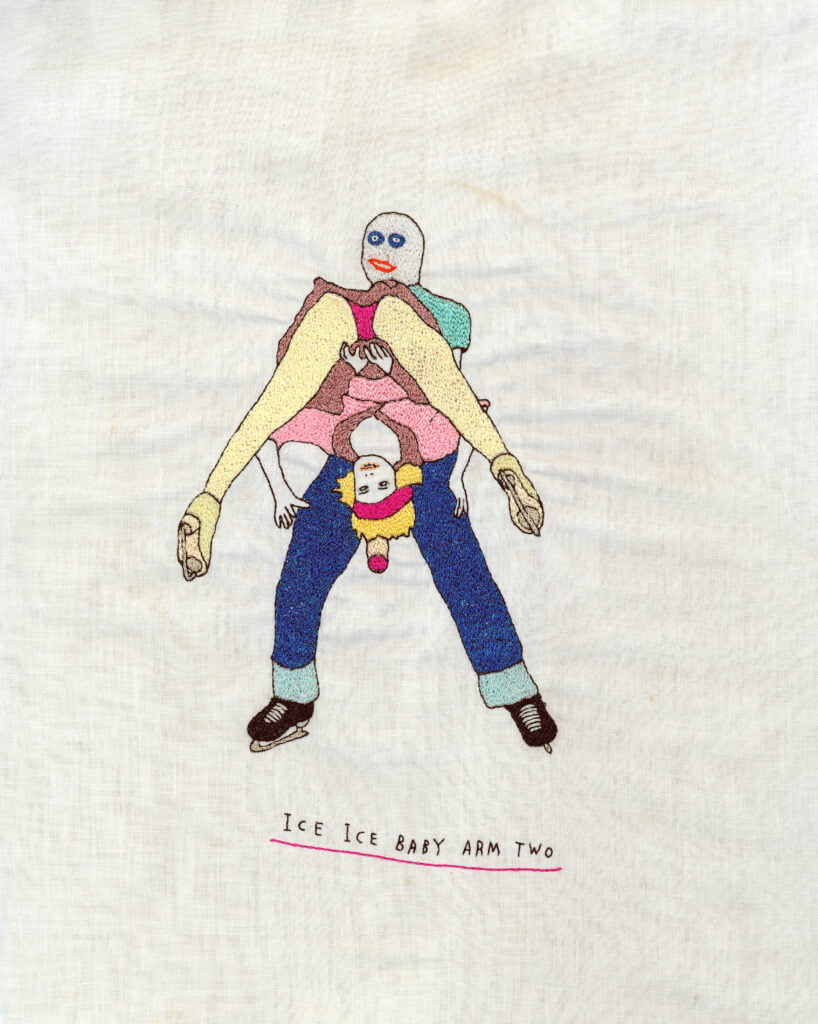 Tim Moore is best known for his wry, embroidered images of people in oddly compromising social settings. His depiction of otherwise respectable leisure activities is corrupted through the depiction of semi-naked or strangely costumed protagonists.  There is a charming incongruity between his use of embroidery and his risqué and sometimes provocative subject matter. Tim completed a Bachelor of Three Dimensional Design (Hons) at Brighton University, England in 1998. He arrived in Australia in 2001, and on the flight over began embroidering images, for the first time, using an in-flight sewing kit.  He has exhibited since the late 1990s, presenting five solo exhibitions, most recently with Michael Reid, Sydney in 2015. Much of Tim’s work is embroidered, but he also works across many other mediums. He is represented in the Artbank collection.