Steven Rhall is a post-conceptual artist operating from a Taungurung, white-passing, queer, cis male positionality, and resides on Wathaurung land. His alter-ego Blak Metal is less defined and uses they/them pronouns.
Rhall’s practice finds expression in ideas of institutional critique interrogating modes of representation, classification and hierarchy both within and external to the art world(s). He works across various forms and interventions, including installation, performance, sculpture and art within the public realm. Many of his projects propose, explore and critique the exchange of economic and cultural capital found at intersections of First Nation art production, presentation and encounter.

Rhall is represented by MARS Gallery and is a PhD candidate at Monash University on Birrarung-ga land (Melbourne, Australia).

Of the Earth, 2021, is a multifaceted artwork permeating the edifice of the gallery. Conceived as a commission for WILAM BIIK, the artist/curator relationship within this context came to centre on conversations about Country and, in particular, various geologies (rocks) existing upon and within Country including their potential meaning and functions within a cultural context.

Here the ‘rock,’ in both form and symbol, emerged as connecting tissue between the gallery, WILAM BIIK the exhibition, and Of the Earth, both as an installation and in its wider concerns of relationship to land and the potential of Country’s agency, expression, and self-representation. Of the Earth is also guided by the artist’s interest in ‘object-orientated ntologies’ and his own relationship to Country.

As centred by the ‘rock’ both in form and symbolism, Of the Earth examines the value of objects as related to First Nations people and the history of the Western Museum, including traditional forms of presentation and demarcation between the institution and the artist/artwork. Here, Of the Earth plays with traditional modes of form and function, including how we might orientate and present the artwork/object to a public. Physically and aurally spanning traditionally demarcated spaces, including the use of a field recording made on Taungurung Country, Of the Earth unsettles traditionally rigid Museum structures, including associated conventions of the art market. Traditional points of reference are skewed, minimised and amplified in this expression of Country in all its potential. 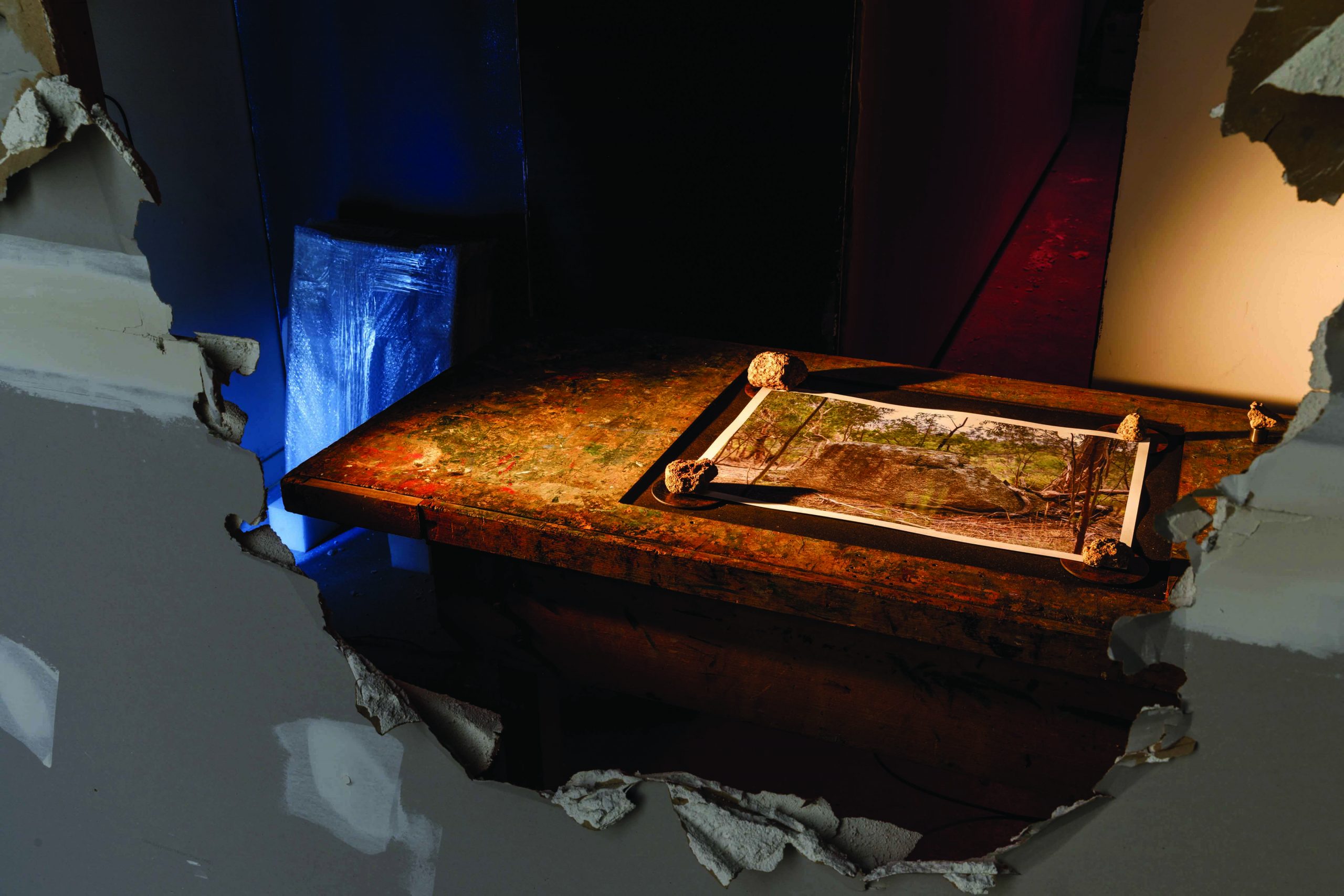