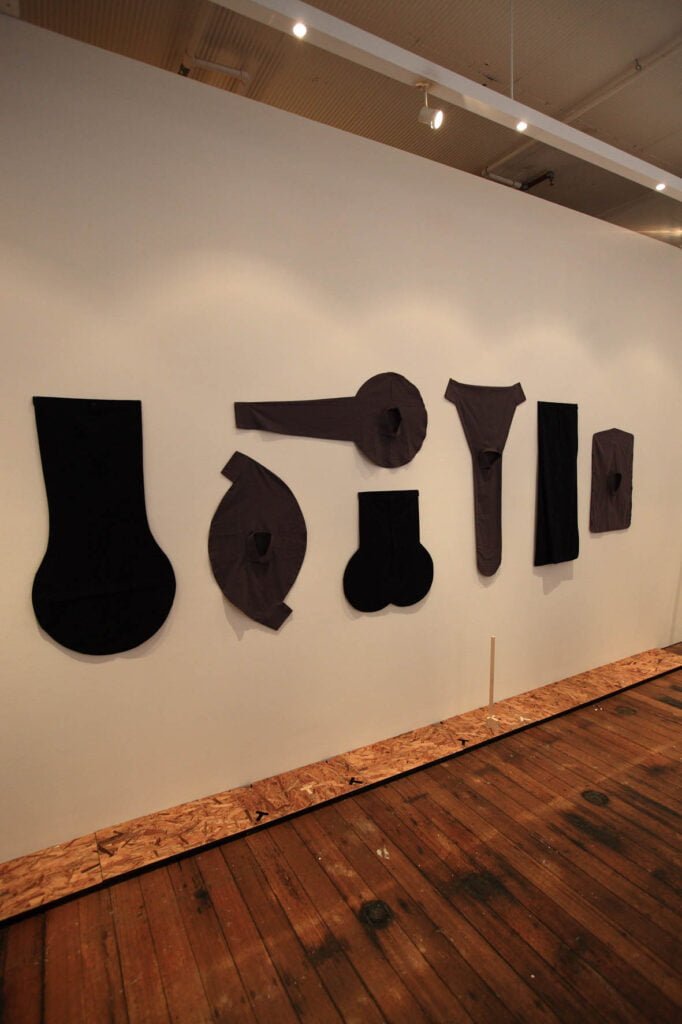 The Chromosewn series is a group of precisely tailored garments for the radically transfigured. Cooper’s longstanding interest in the variability of the body and how it evolves was further engaged by the deformed bodies he witnessed from his travels in Ho Chi Minh City, Vietnam. During his journey, Cooper was struck by the number of people he saw suffering from war-related injuries, including the ongoing exposure to landmines or birth defects resulting from Agent Orange. He also discovered a corresponding trade in tailored clothing in Ho Chi Minh City, a centre of exceptional tailors.

Cooper searched for a tailor who would teach him how to turn his rough sketches for clothes into tailored garments. Cao Vinh Tailors, so intrigued by the project, appointed an apprentice to work with Cooper. Many of the technical challenges they worked through in translating the drawings into actual garments were horizontal flies, curving button lines, reverse cuffs and floating collars.

An important aspect of Cooper’s work lies in the absent bodies that fit into this apparel. Visualising wearers for these clothes affects an imagined sense of mutation hardly possible through direct, realistic representations of transformed bodies. Furthermore, the colour, cut and fabric of the pieces are recognisably male work clothes that add a socio-economic dimension. This multiplicity of forms is important for Cooper, and various visual references from splayed animal skins to naval semaphore flags have been suggested. Key, however, seems to be the title of the series – Chromosewn – which anxiously suggests a body customised to genetic desires, giving the theme of tailoring a completely new dimension.