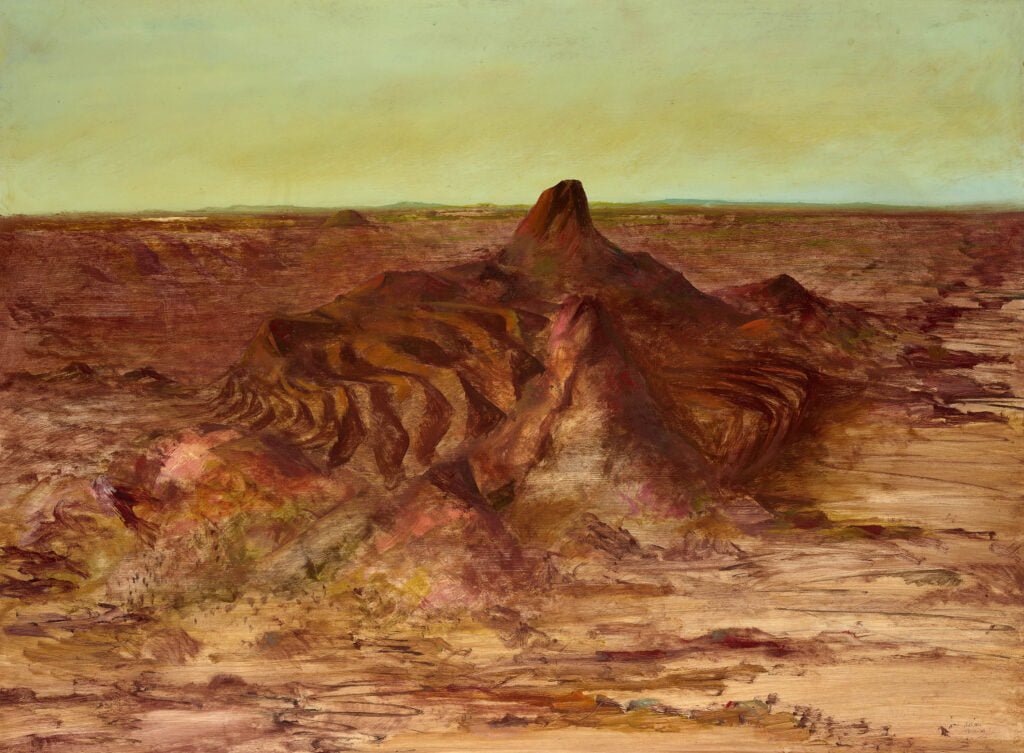 Sidney Nolan grew up in the suburb of St Kilda, Victoria. Although he received some art training at Prahran Technical College and the National Gallery School, Melbourne, he was largely self-taught as an artist. He was a founding member in 1938 of the Contemporary Art Society, where he exhibited annually from 1939 to 1947. He was drafted into the army and stationed at Dimboola, western Victoria, in 1942 where he began a series of works based on the Wimmera landscape and in 1946 – 47 he completed the first of the Ned Kelly series.

An expedition to northern Queensland and Central Australia in 1947 – 49 gave rise to numerous other series, including the landscapes of Australia’s red ‘dead heart’ as observed from the air. In 1952 the Courier-Mailcommissioned Nolan to make visual records of the devastating drought in Queensland and the Northern Territory.

Nolan travelled to Europe for the first time in the early 1950s. In 1953 he moved to England, basing himself in London, from where he visited Greece, Antarctica, Africa and China, returning regularly to Australia. In 1958 he was awarded a Harkness Fellowship, living and studying in the United States of America for two years. Sidney Nolan was knighted in 1981 and elected to the Royal Academy in 1991. Major retrospectives have been presented at the Art Gallery of New South Wales in 1967 and 2007 and the National Gallery of Victoria in 1987.