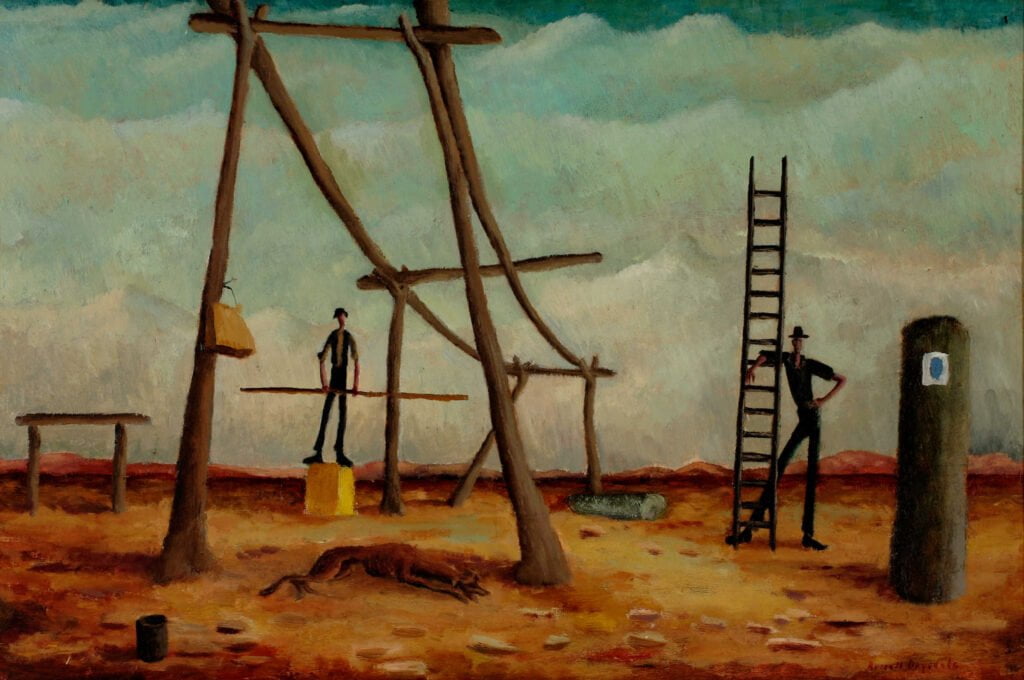 Russell Drysdale was born in Bognor Regis, England, in 1912, arriving in Australia in 1923. He became interested in Post Impressionist painting while on a visit to England in 1932. From 1935 to 1938, he studied with Arnold Shore and George Bell in Melbourne. He attended the Grosvenor School in London and the Grande Chaumiere, Paris from 1938 – 39.

In 1944, western New South Wales was affected by severe drought, the worst on record. The Sydney Morning Herald commissioned Drysdale to accompany reporter Keith Newman to cover the story. The devastating sights they witnessed, overshadowed by the oppressive consciousness of World War II resulted in Drysdale painting some of the most powerful images of the Australian landscape to be produced, breaking from the established Heidelberg School and it’s vision of a sun-drenched pastoral arcadia.

He represented Australia at the Venice Biennale in 1954 and major retrospectives of his work include those held at the Art Gallery of New South Wales in 1960 and the National Gallery of Victoria in 1997. He was awarded the Wynne Prize in 1965, and was knighted in 1969.