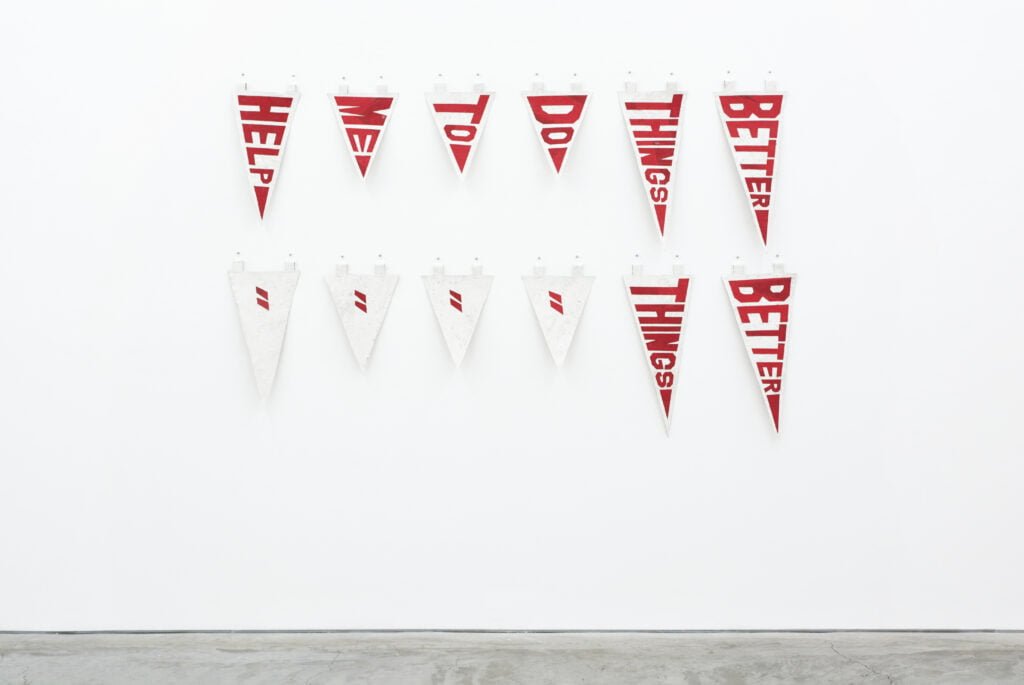 Rose Nolan is well-known for her distinctive red and white text-based works that draw on the visual languages of constructivism, suprematism and non-objective geometric art. Her banners and wall paintings are often grand in scale but their texts express an unlikely modesty and uncertainty. She uses text in onomatopoeic or paradoxical presentations, where its meaning is echoed in or confounded by the form of the artwork. She regularly uses very simple materials such as cardboard and hessian that underpin the works’ often humble assertions.