Based in Melbourne, Richard Lewer exhibits regularly in Australia and New Zealand. He is known for his video and animation, paintings, and delicately beautiful drawings, which evocatively rework some of life’s less pleasant elements – crime scenes, illness, horror movies and extreme events. The work is accessible and familiar, with a critical edge that probes what is beautiful and sinister about our society without injecting a moralising tone or political message. Lewer’s focus is, however, less concerned with telling the concrete facts of a case. Instead, his work explores the way that places can become repositories for the psychic residue of extreme events, painful activities or our deepest fears. 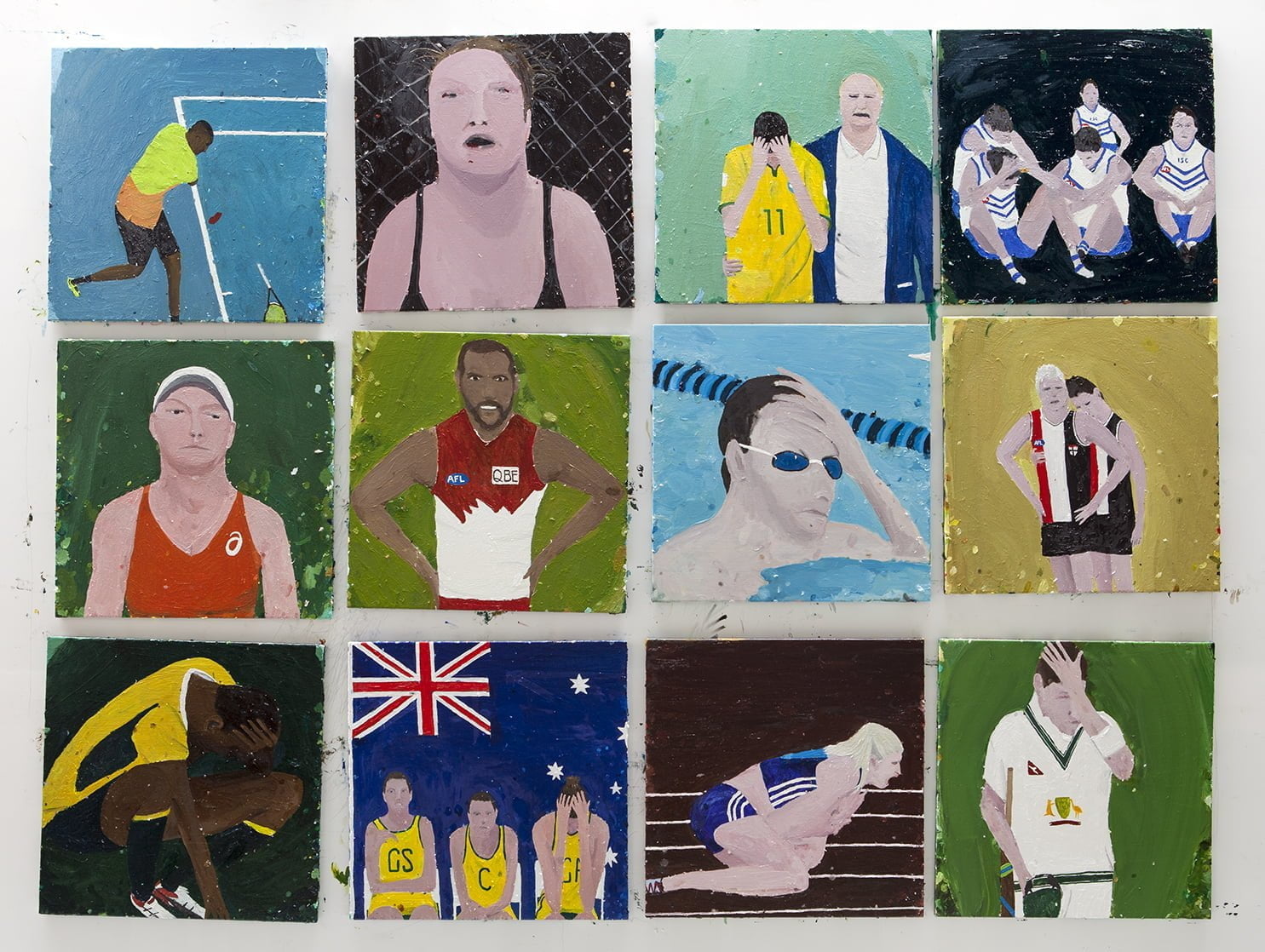 The theatre of sports 2016
oil on canvas
12 parts; each 70 x 70 cm
Courtesy of the artist, Sullivan+Strumpf, Sydney and Hugo Michell Gallery, Adelaide
Collection of Basil Sellers AM