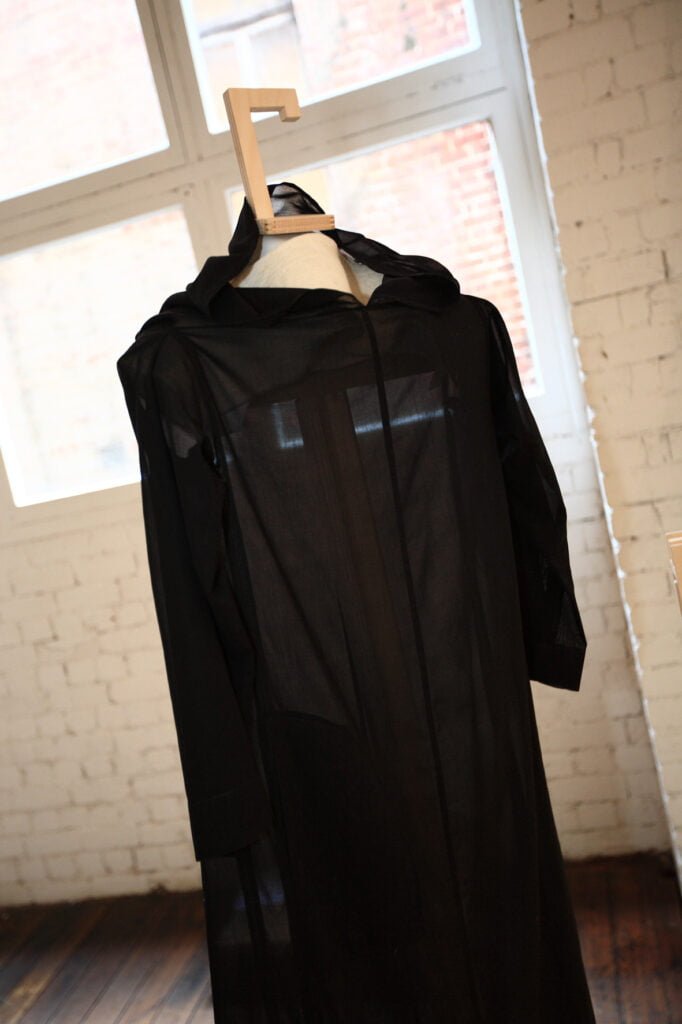 The cagoule – traditionally a cowl-like, waterproof coat popular in the 1970s – is the medium through which Project trace an exploration into shape and volume. Specifically, how a tailored form works with and against the human body and how one garment type has morphed and changed over the life of a label. The inherent strangeness of the formless form of the cagoule provides an ‘over shape’ to the body’s regular silhouette and distorts the notion of a typical body.

The idea for Project began with a collaboration. Fashion designer Kara Baker and dancer/ choreographer Shelley Lasica co-produced clothing for the dance project ACTION SITUATION (1999). The effect of the oversized cagoule shapes that were developed for ACTION SITUATION meant that the dancers had to ‘cope’ with the large slipping neck and broad sleeves. As a result, the very structure of the garment became a prototype for movements that in turn became choreographed actions.

Project garments can only be purchased by appointment and are presented to a growing list of clients in a soiree format. Once engaged, Project offer a made-to-measure service, tailoring their garments to a client’s body over a series of visits at Baker’s home. Project also keep a kind of ‘aesthetic register’ for regular clients and will collect fabrics knowing the tastes of those committed to the Project style. After collaborating for ten years, what the designers once originally brought to the relationship has now crossed over, and what were considered separate areas such as technical knowledge or conceptual development are now shared.