Nannette Shaw is a Tyereelore Elder from Tasmania, who also has ties to the Boonwurrung/Bunurong people of southern Victoria. Shaw is a traditional kelp worker, basket weaver and shell stringer following the traditions of her ancestors. From the age of three, Shaw lived on Flinders Island in the Bass Strait with her immediate and extended family. After living away for 30 years, Shaw returned to Tasmania and has reconnected with her people and heritage while learning many cultural practices from Elders in her community.

Shaw has developed her skills and knowledge about Tasmanian Aboriginal basket weaving and enjoys exploring Bull Kelp as a medium.  In 2018 she won the Viva Energy 3D Award at the Koorie Art Show, Koorie Heritage Trust, and in the same year she was a finalist at the Telstra National Aboriginal and Torres Strait Islander Art Awards. Shaw has exhibited in several major exhibitions at Tasmanian Museum and Art Gallery, Hobart, and Fremantle Arts Centre, Western Australia.

These water vessels are the way I was originally taught to make kelp
vessels. I was taught this way by two Elders in the community just over
20 years ago. I had forgotten how to make them this way and I had to
reteach myself as I am so used to making them in the same way as the
one in the British Museum. That Water Vessel was made in the late 1840s
or early 1850s and was part of the Crystal Palace Exhibition in 1851.

The two Elders that originally taught me are Dorothy Murray and Yvonne
Kopper and it was the first Cultural craft that I had ever been shown.
I will always acknowledge them because without them taking the time
to teach me, I would not be doing what I am doing today. This is also
another reason that I feel the importance of passing on what I have
learnt as Culture is extremely important to me and must be heard. 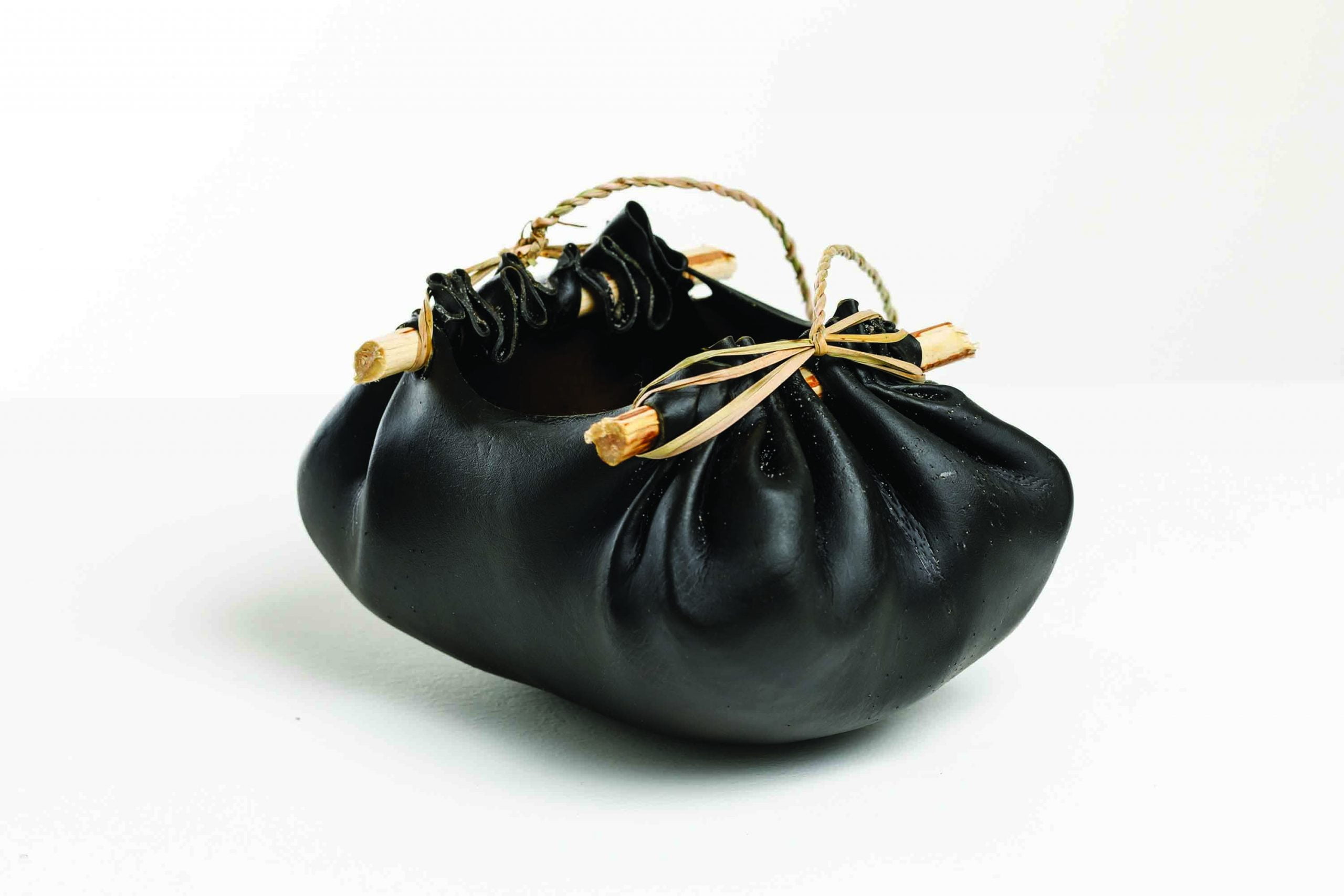