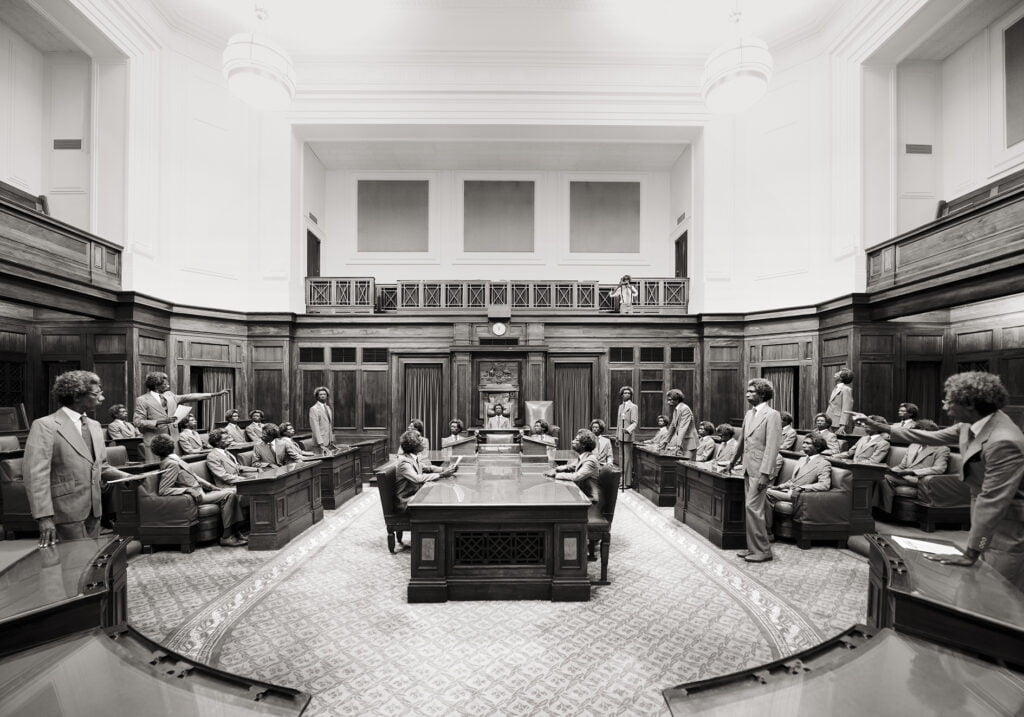 Michael Cook is a Brisbane-based photomedia artist of Bidjara heritage. Through his photography, he develops speculative histories of Australia in which colonial stories and images are inverted, often cultivating the appearance of earlier photographic technologies and prints in his work. He is a highly skilled photographer, his artistic practice having been preceded by over twenty-five years’ experience as a freelance commercial photographer.