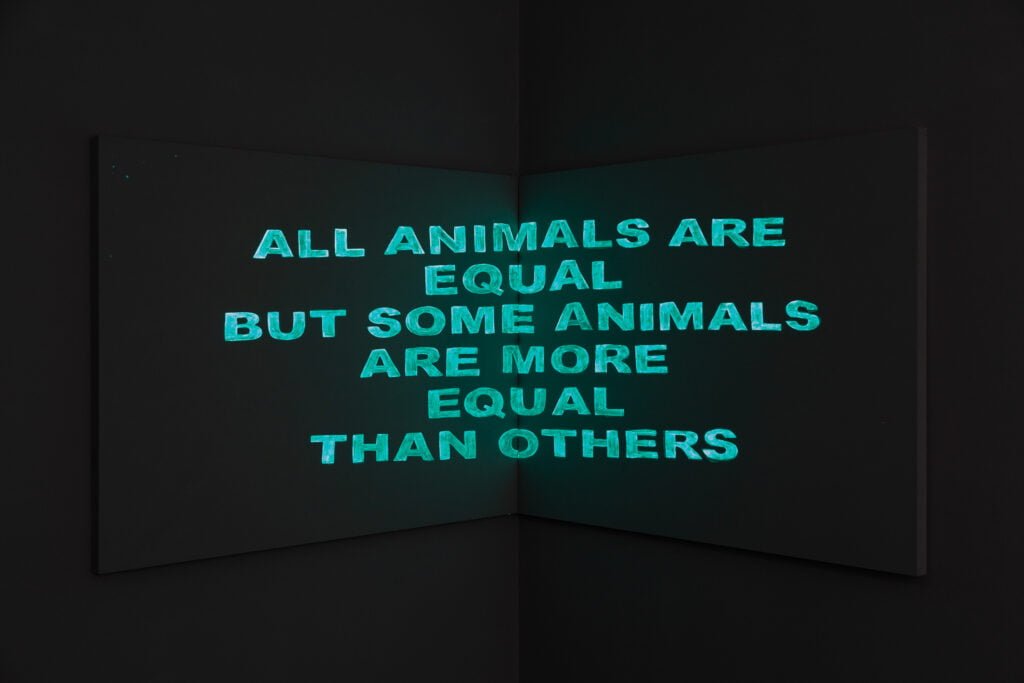 Cope’s work often resists prescribed notions of Aboriginality and become psychogeographies across various material outcomes that challenge the grand narrative of  ‘Australia’ as well as our sense of time and ownership in a settler colonial state.

Most recently Cope was a finalist for the Redlands Konica Minolta Art Prize and also undertook a residency in Paris with the Australian Print Workshop for an upcoming project titled “French Connections”. Her large scale sculptural installations have been curated into three major national survey exhibitions, ‘The National’ (2017) at the Art Gallery of NSW, ‘Defying Empire: 3rd National Indigenous Art Triennial’ (2017) at the National Gallery of Australia and ‘Sovereignty’ (2016) at ACCA.

Cope is a member of Aboriginal art collective proppaNOW.

Megan Cope "The Empire Strikes Black I (Some Animals Are More Equal Than Others)" 2018, Anamorphic text, Glow Mineral on board with timed Strobe light, 122 x 160 cm (x2) Courtesy of THIS IS NO FANTASY + Dianne Tanzer Gallery, Melbourne