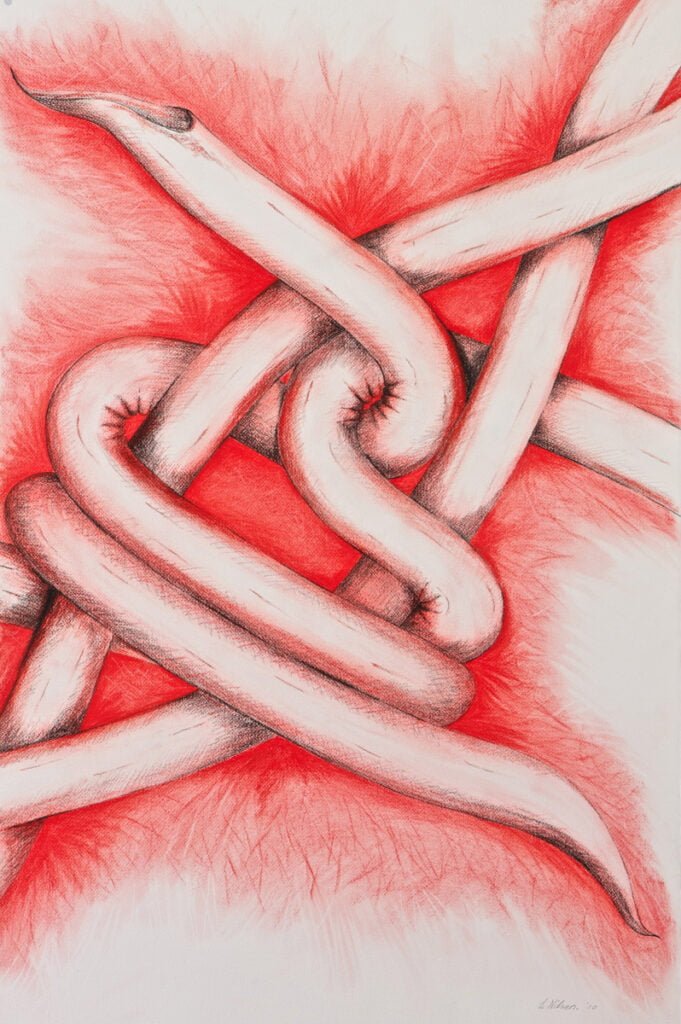 Artist Statement
My earliest encounters with barbed wire resulted in various scars incurred whilst scurrying through fences to avoid various farmers with a variety of different firearms. We were only young lads, fishing and hunting on what we called ‘our country. We still run the gauntlet from some of the same farmers as they still hold the deeds to our land and they still have the same firearms. I have used countless meters of barbed wire since, to produce many three dimensional art works. These pieces have also have resulted in many, many scars. I have also noticed that I have become a little complacent in the way the wire might look or feel to the viewer. There are so many different types of wire-produced world wide, some more horrific than others, such as razor wire. The newest barbed wire studies have been enlarged to show the unique weave of this particular barbed wire. Two short pieces of wire are wrapped around two continuous strands of wire. These short pieces are intact and form the four barbs evenly spaced along the length. I use an Australian heavy gauge wire for my sculptures. This particular wire has less tension making it more pliable. This gives the product more applications resulting in far less scars and abrasions.