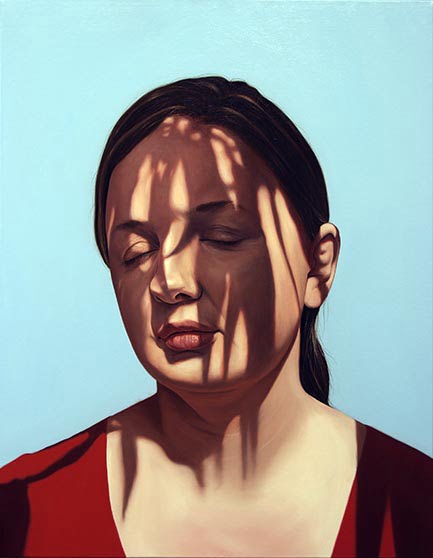 My practice has consistently been engaged with opening up new possibilities for realism in painting. I have employed many strategies that argue around the theoretical ‘problems’ of realism in painting. I enjoy exploiting the limited short-comings of the dull, officially sanctioned dialogue between painting and it’s would-be executioner, photography, in order to develop new potential for realism. While my work evolves and varies across time, it characteristically involves an examination of our schismatic relationship to the natural environment.

Juan Ford’s practice over the last decade has been consistently engaged with realism in painting. His anamorphic works reference an historic painting ‘trick’ where works had hidden images that were stretched or distorted such as Hans Holbien’s The Ambassadors, 1533. Ford’s work speaks of environmental issues, but he tries not to delve into a singular subject, instead allowing himself the freedom to discover other themes. He is interested in the history of oil painting and using conventional materials to produce innovative work. For Ford the meaning and the material become one.