With a focus on text based works, Jon Campbell’s recent work carefully constructs imagery with abstracted and geometric elements.  Meaning is created in the negative spaces, hiding words and phrases within the surface image. Campbell implements this methodology to explore the colloquial language and culture of contemporary society, he also engages with the viewer as a critical part of the work itself as they decipher the text. 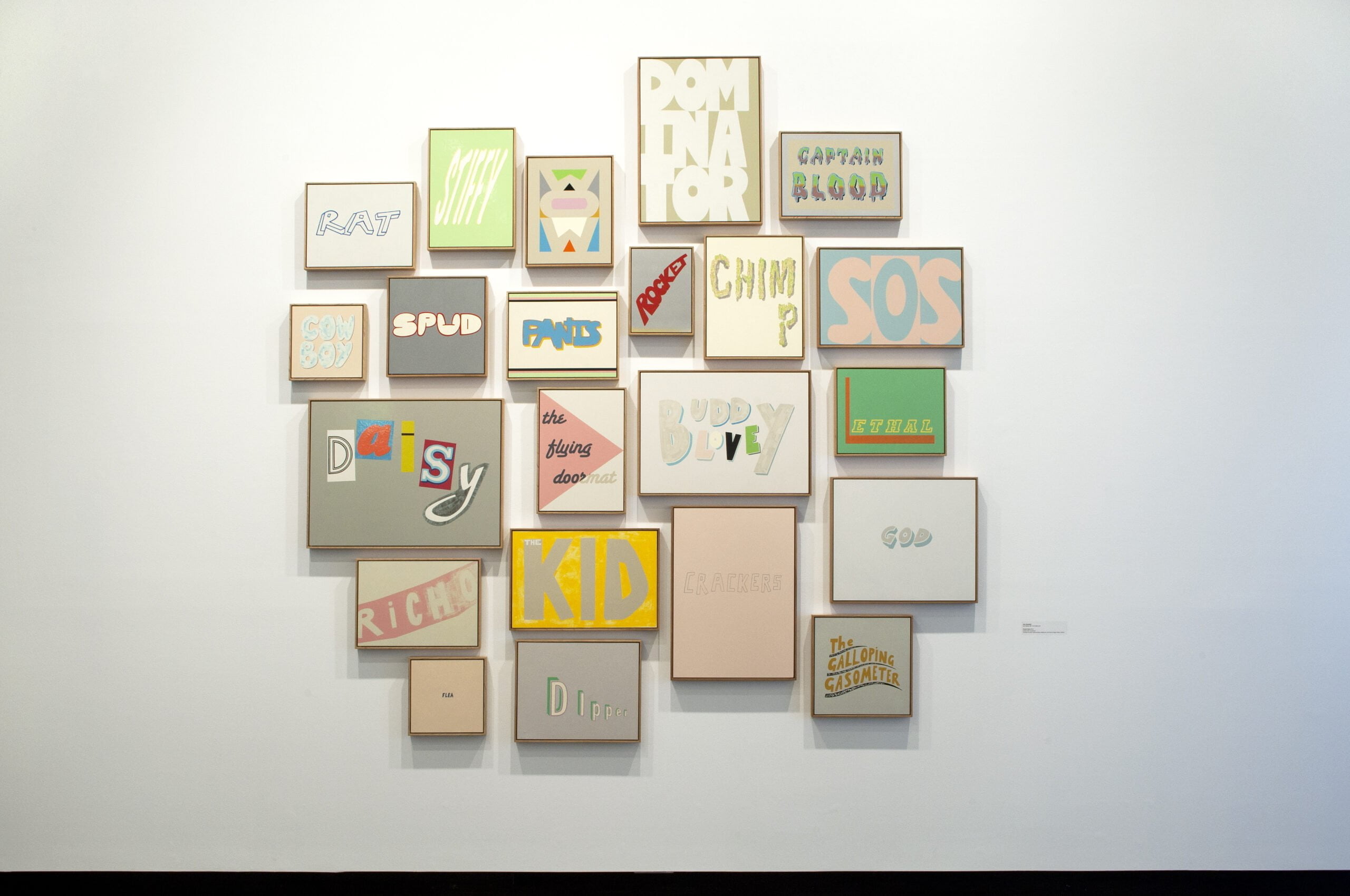