Glenda Nicholls is a multi-clanned Ngarrindjeri and Yorta Yorta artist who makes net sculptures using weaving techniques passed on from her ancestors. Her cultural name is Jule Yarra Minj (‘little river girl’) and her maternal totem is the Writcharuki (willy-willy wagtail), a totem of the great Ngarrindjeri nation. Nicholls’ elaborate sculptural works reflect her family storyline, connecting the present with her ancestral past, embedded with her knowledge of the waterways, plants and grasses on her Country. Nicholl’s work acknowledges the hand-fishing technique that her maternal grandmother, Emily Karpany (nee Pinkie) used, and the whole pole-fishing technique used by her paternal grandmother, Lady Gladys Nicholls (nee Bux).

In 2020, Nicholls was awarded the University of Melbourne Hutchinson Indigenous Fellowship in support of her major commission work, Miwi Milloo (Good spirit of the Murray River) exhibited as a part of the National Gallery of Victoria’s 2020 Triennial. Her other awards include the 2012 and 2015 Victorian Indigenous Art Award for Three Dimensional Works and the VIAA Koorie Heritage Trust Acquisition Award for Ochre Net.

For WILAM BIIK, Nicholls has created a drag net with materials found on
Country. The sinkers are made from clay collected along the banks of the
Murray River in Swan Hill where she lives, and decorated with the shell of
Australian native river mussel. This type of net is used across small rivers
or creeks to catch fish and other animals travelling in the current.

Like many of the artists in the exhibition, Nicholls has witnessed the
impact of climate change and colonial intervention on her home Country,
particularly in the changes to the rivers and waterways she has seen
since she was a young girl camping along the river banks. The mussel
shell adorning her Drag Net was recently found in the now dried up
banks of the Murray Darling, devastated by the damming and farming
irrigation practices in the region which impact the entire waterway
system feeding into the Murray River. 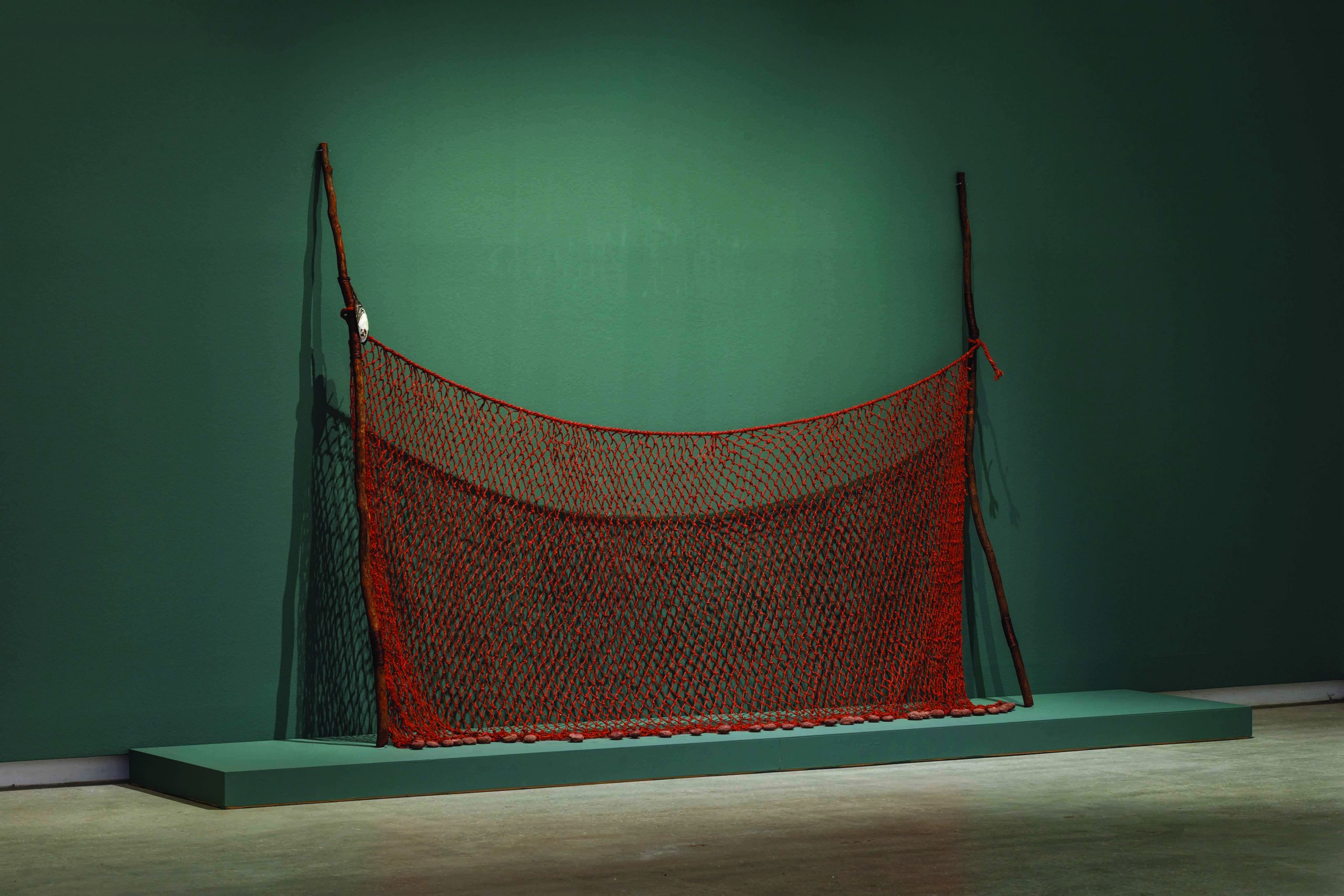