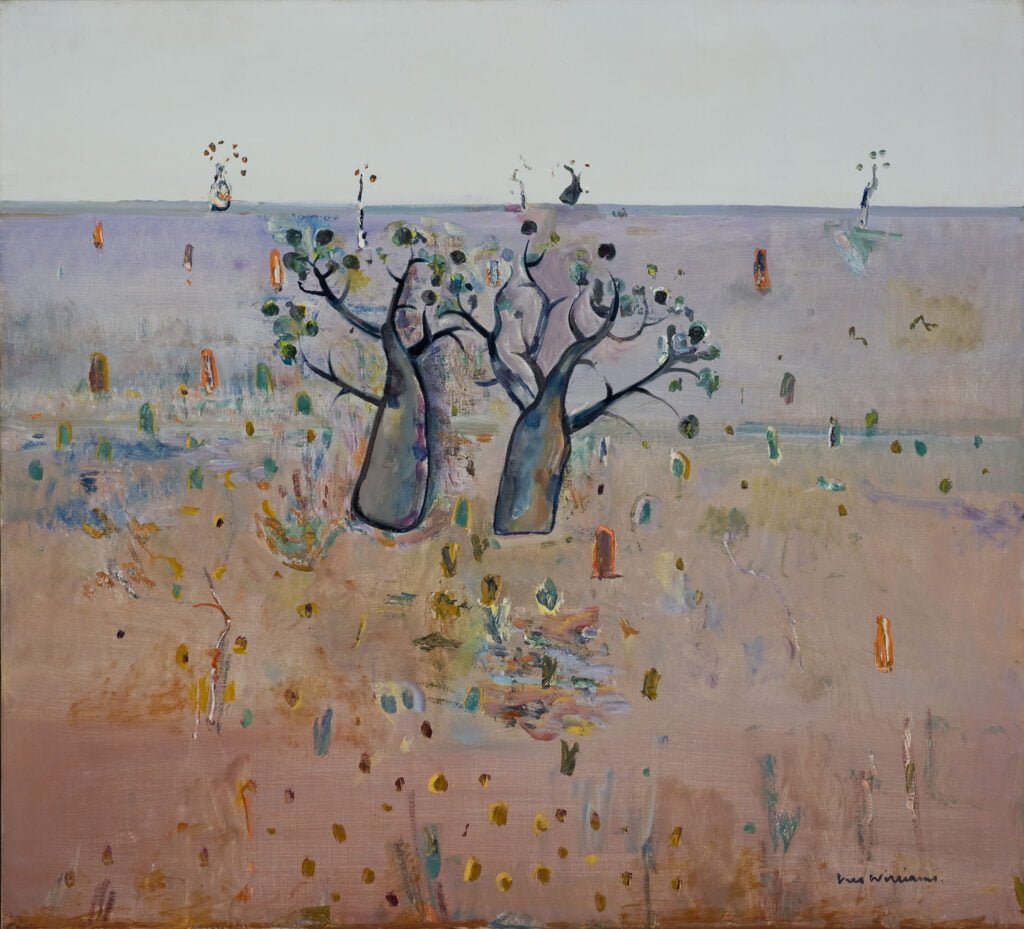 Fred Williams was one of the most important landscape artists to emerge in Australia following the Second World War. In 1943, at the age of 16, he attended the National Gallery of Victoria Art School and continued his studies under the George Bell School between 1946 and 1949 where he was introduced to the principles of Modernism. In the mid 1950s Williams commenced studies at the Chelsea Art School, London and the Central School of Arts and Crafts, London focusing on the process of etching. In 1957 he returned to Australia and continued to exhibit regularly. Though his early work was predominately figurative, upon his return to Australia he began experimenting with motifs and themes relating to the Australian landscape and the distinct contrasts compared to the English countryside.

Williams travelled to Europe on a Helena Rubenstein Scholarship in 1969 and was the recipient of many prestigious awards including the Wynne Prize of 1966 and 1976. Williams’s work has been the subject of numerous monographs and exhibitions including his 1987 retrospective at the National Gallery of Victoria.

Williams was a member of the Commonwealth Art Advisory Board 1973 – 76; the Visual Arts Board of the Australia Council 1975 – 82; and a Trustee, Council of the National Gallery of Australia 1976. In 1980 he was awarded an O.B.E and in 1982 was honoured with a Doctorate of Law, LL.D (Honoris Causa) by Monash University.