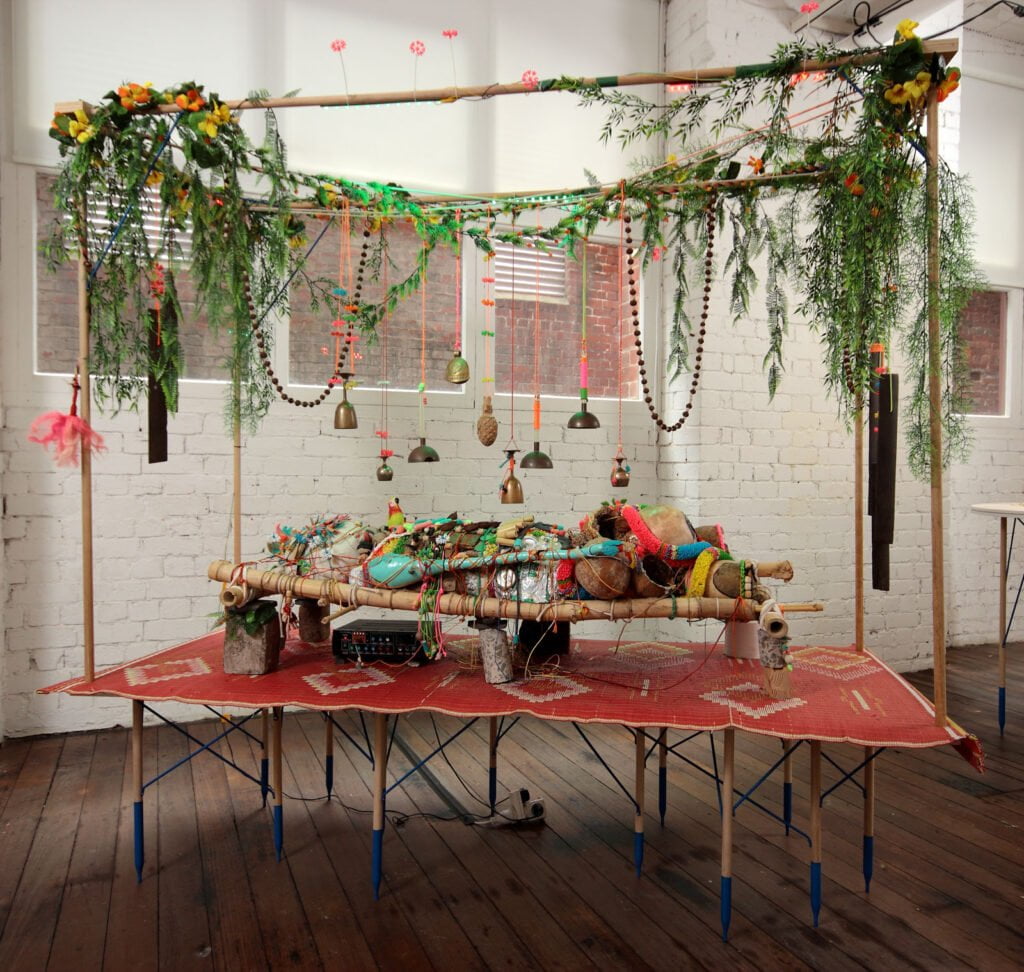 Artist and musician Dylan Martorell has been exhibiting and performing for over ten years. Music and sound, from field recordings to ritualised performances, play a major part in his multidisciplinary practice. His works typically involve a highly disciplined and refined level of detail intertwined with an ad hoc improvisation and magpie junkyard aesthetic. Martorell has exhibited and performed extensively throughout Australia and overseas. He is also an illustrator and a member of the Slow Art Collective, with Tony Adams, Chaco Kato and Ash Keating, and a member of the experimental music group Snawklor, alongside Signature Style artist Nathan Gray.