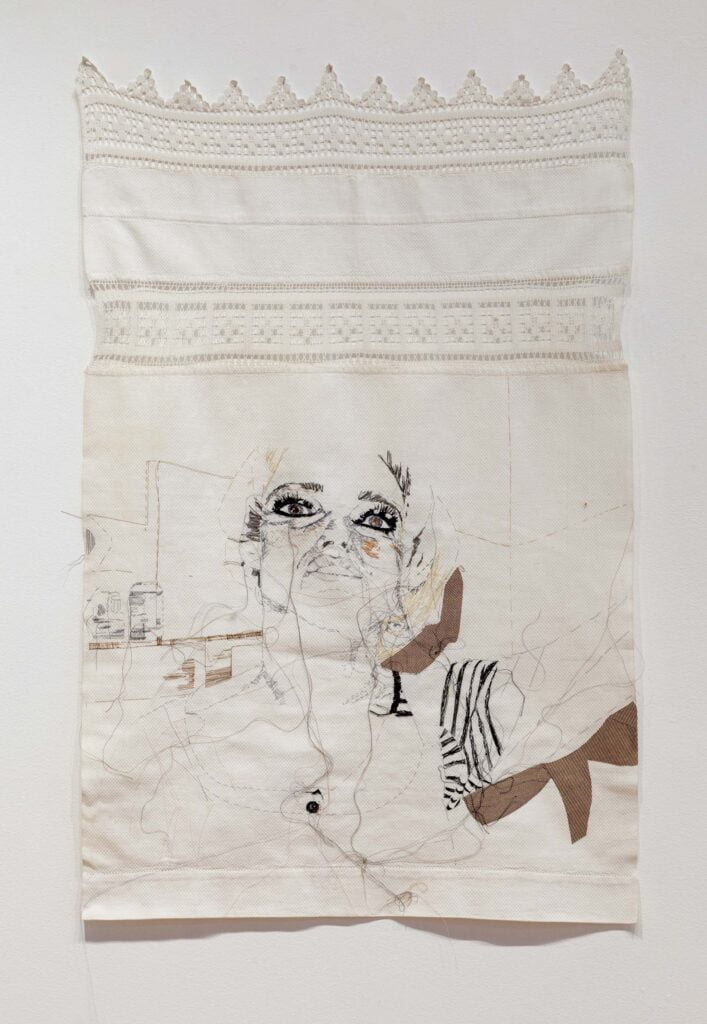 Demelza Sherwood’s practice, which initially focussed on drawing, shifted to include embroidery, after completing her Bachelor of Arts (Hons) degree at the Australian National University School of Art in 2004. Since that time she has consistently produced embroidered figurative works on found linens. She deliberately collects worn domestic cloths upon which to stitch for the unique canvas that they offer. She said that, ‘The practice of investing time to hand-sew a portrait forms a sharp contrast with the instant nature of 21st century technology.’ Demelza has exhibited widely including in the 1st Tamworth Textile Triennial, Sensorial Loop, which toured nationally (2011-2013). Her work from that exhibition was acquired for the Tamworth Regional Gallery collection. Demelza is now based in Melbourne where she is developing new work, including curatorial projects such as The Homemade Exchange.