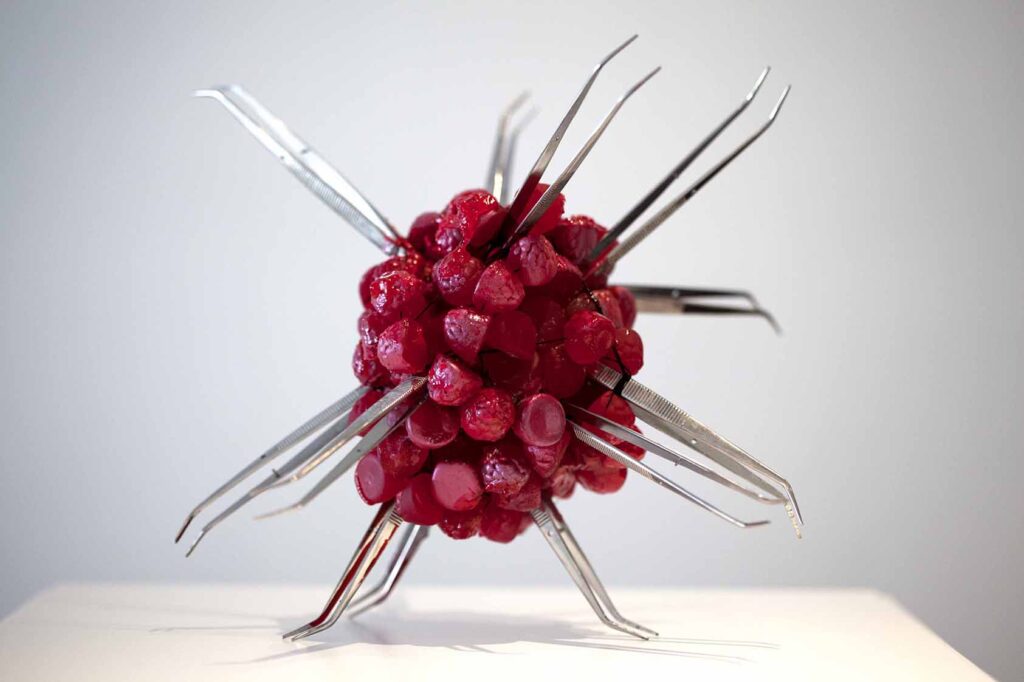 Multidisciplinary in approach, my practice explores aspects of contemporary culture and its relationship to foodstuffs, as well as humanity’s relationship to nature and the impact of scientific interventions on the natural world. Ephemeral matter is the medium for manipulation and experimentation, re-contextualised to invite the viewer into a state of reflection on the natural, or not so natural, world.

Claire Anna Watson has produced public art, often ephemeral, for the shores of the Black Sea in Turkey, a forest in Finland, the rural plains of Portugal and the snowfields of Australia. Her practice also encompasses installation and video. She uses perishables as subject matter to explore humanity’s relationship to food: the emotional, psychological, ecological and agricultural. In using food such as the ubiquitous strawberry and cream lollies familiar to many Australians from childhood, Watson’s wish is for the food to resonate life, not to show signs of decay.