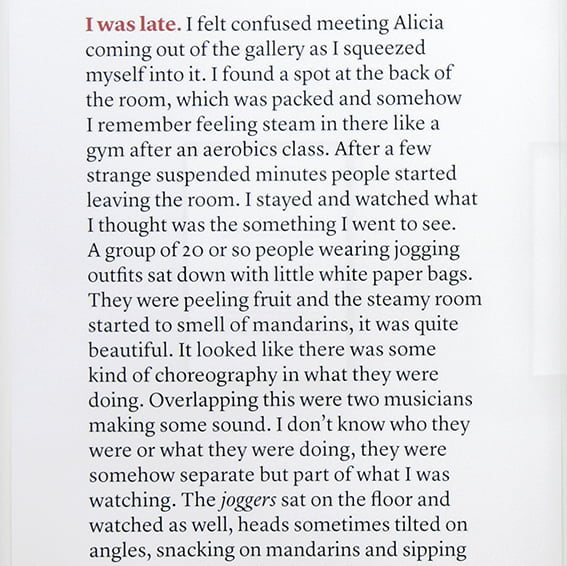 Alicia Frankovich (New Zealand, 1980) obtained a BVA in sculpture at AUT in Auckland in 2002. Her work is made up of performance, performance-based videos, short films and sculpture. She puts bodies into situations where they play out relations, often testing social conventions and behaviours. She has undertaken various residencies at AIR Antwerpen, The Firestation Dublin and Gertrude Contemporary, Melbourne.

Alicia Frankovich
Between us and them 2013
16 inkjet prints on paper
46 x 33.5 cm (each, framed)
Monash University Collection